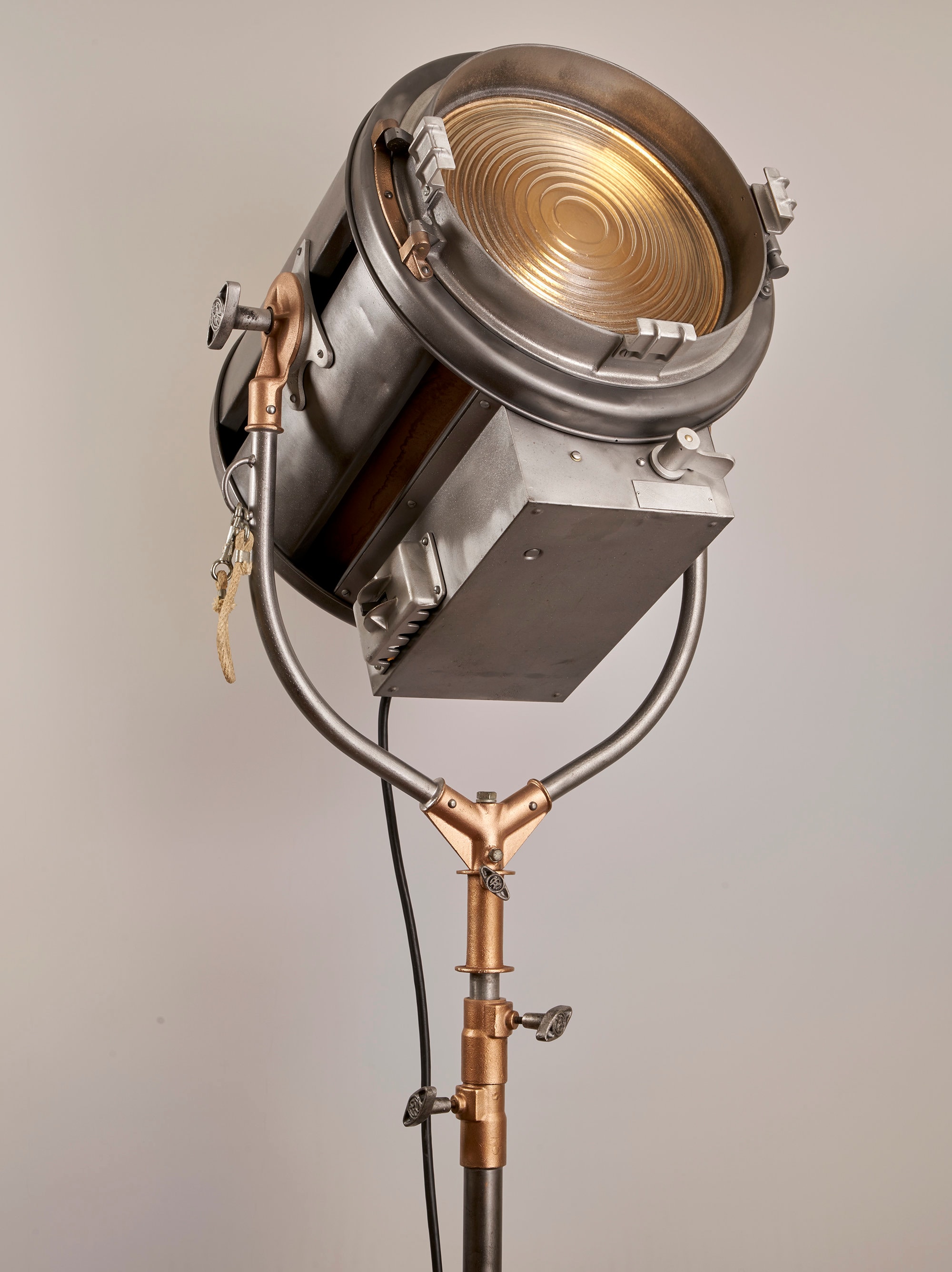 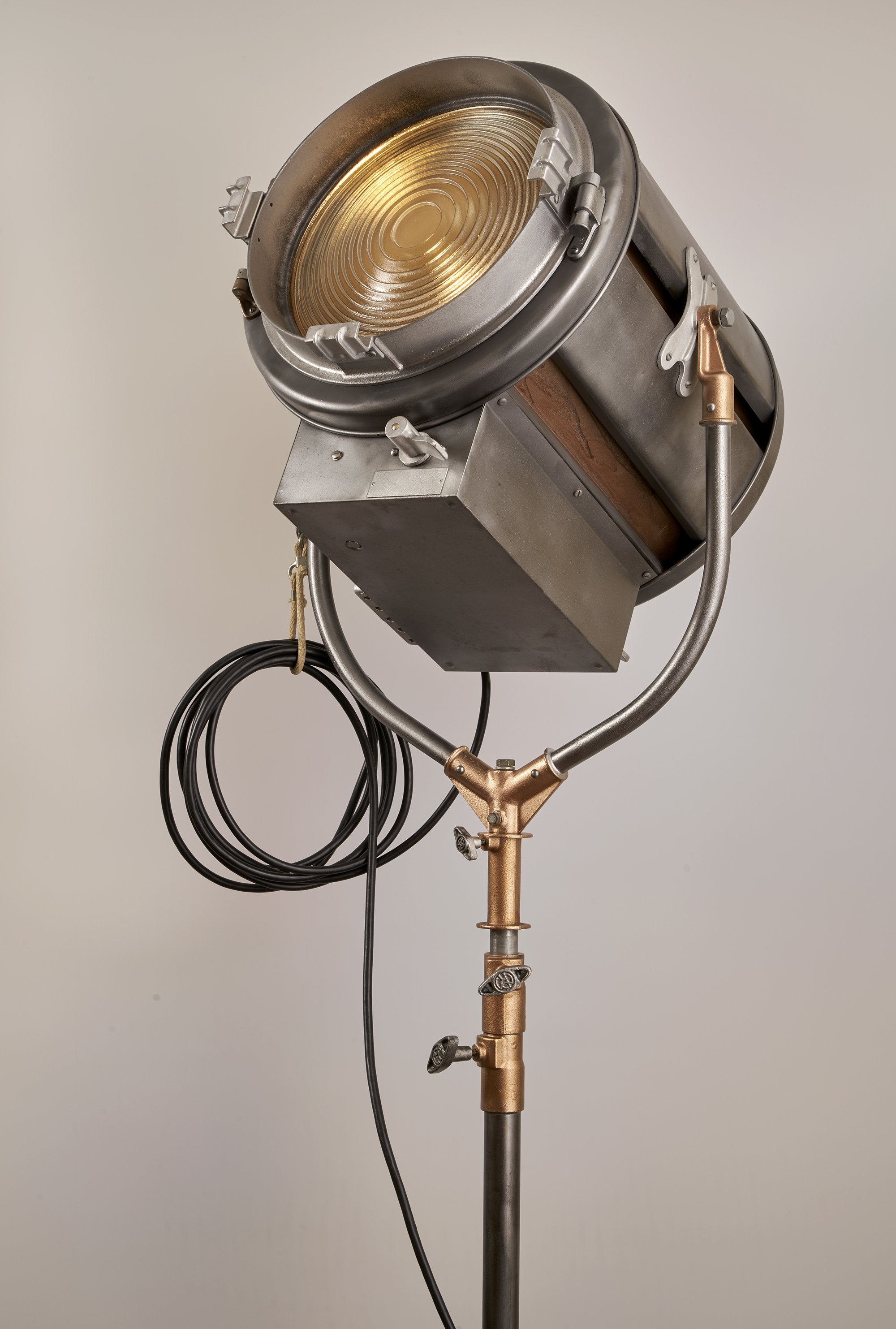 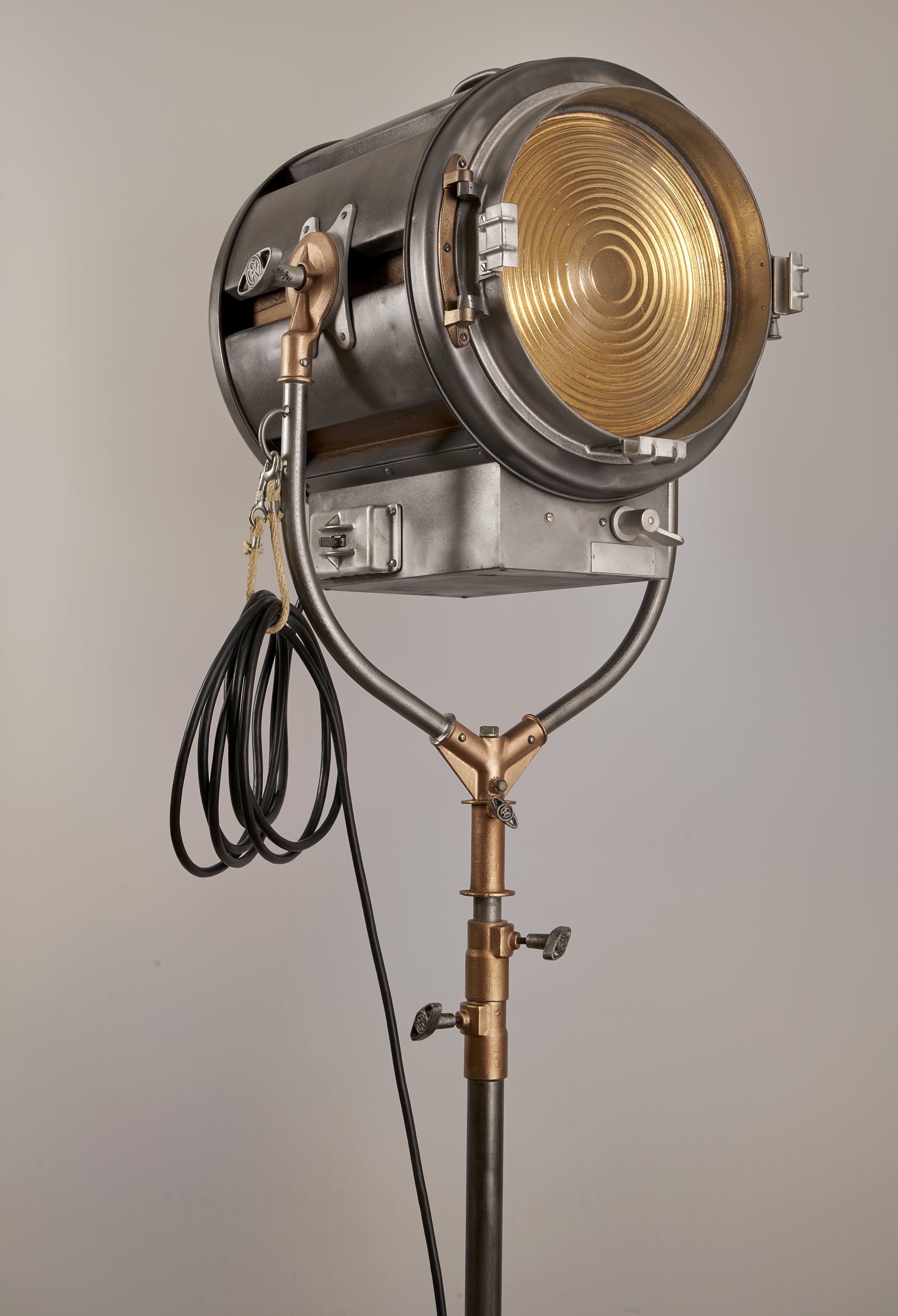 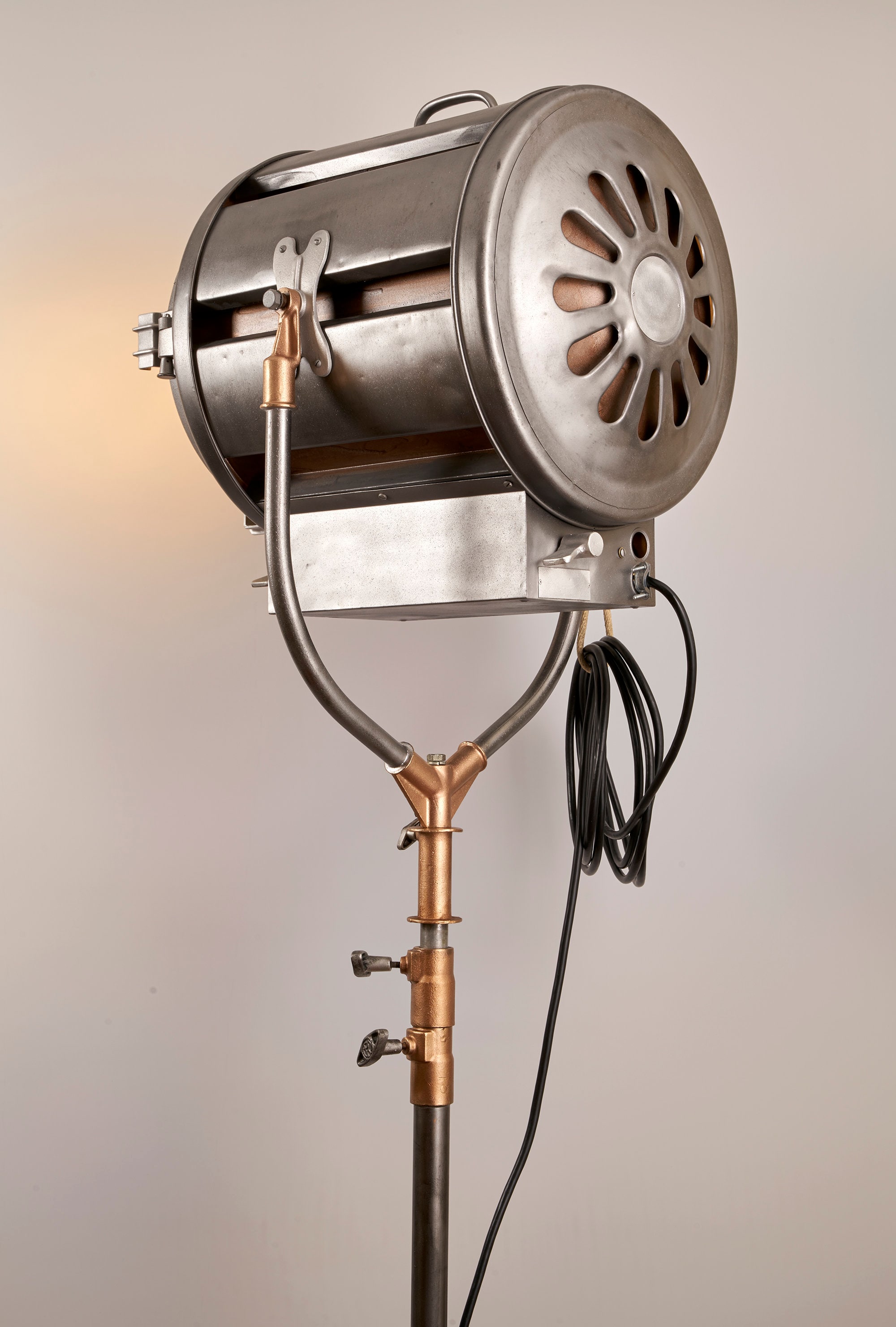 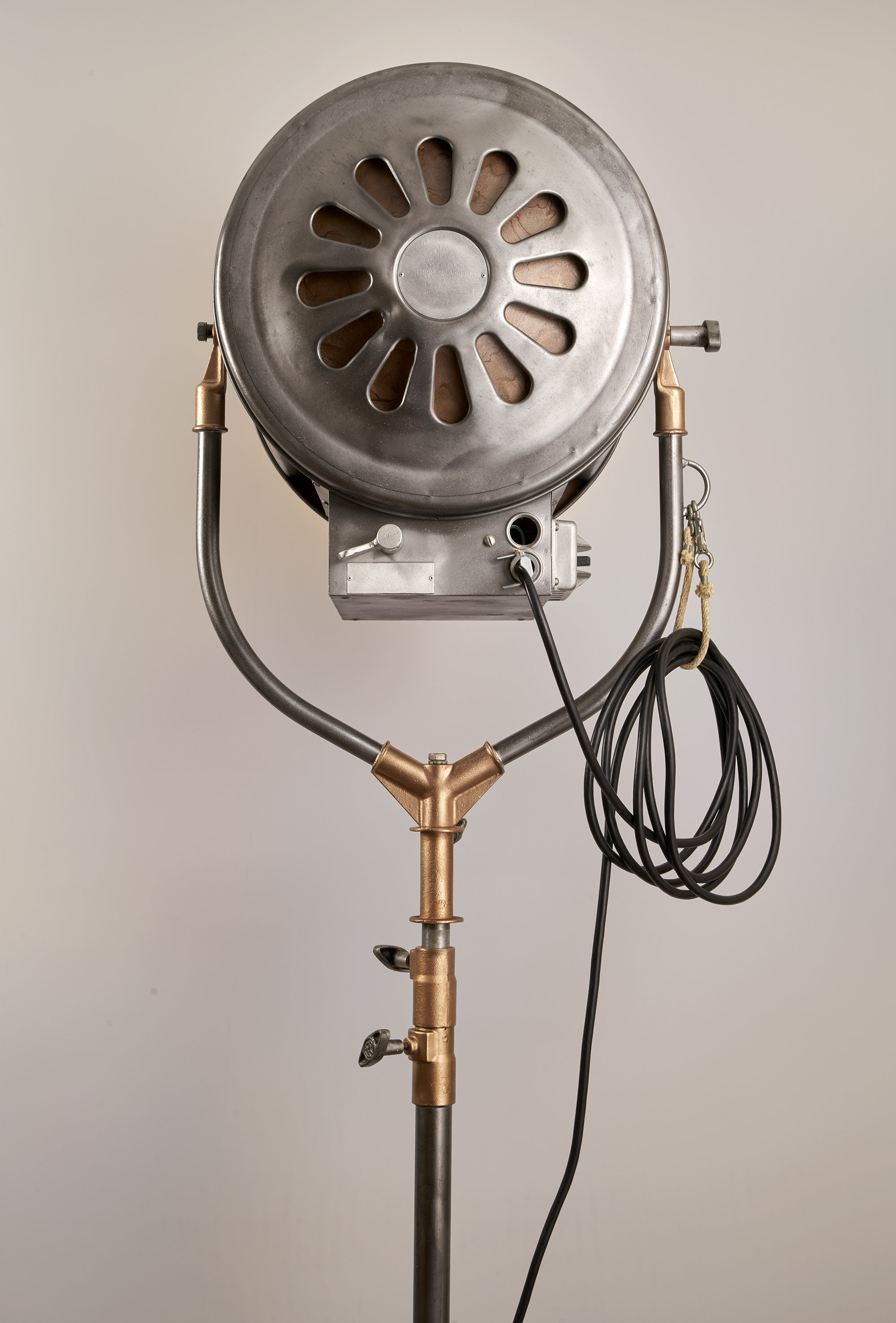 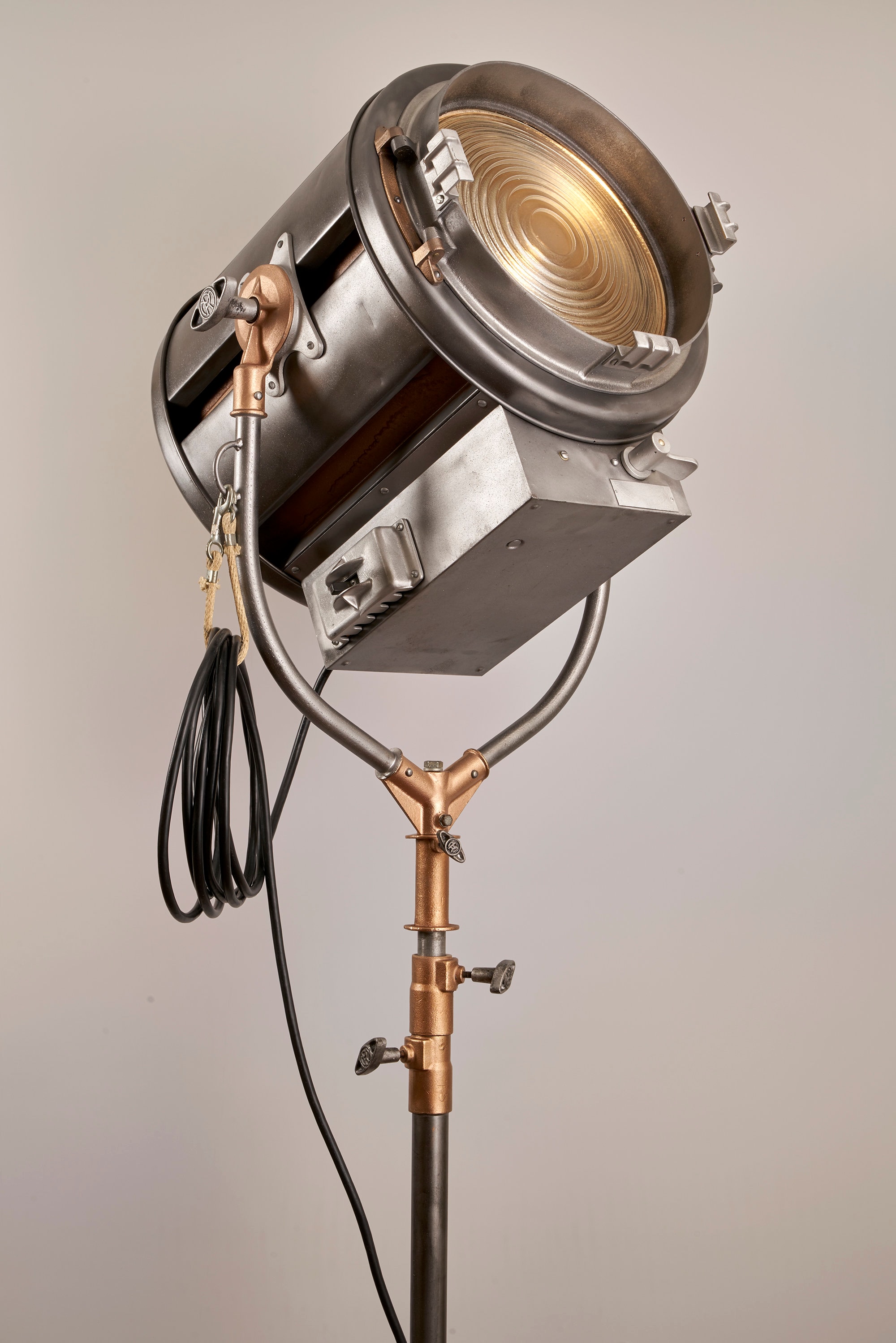 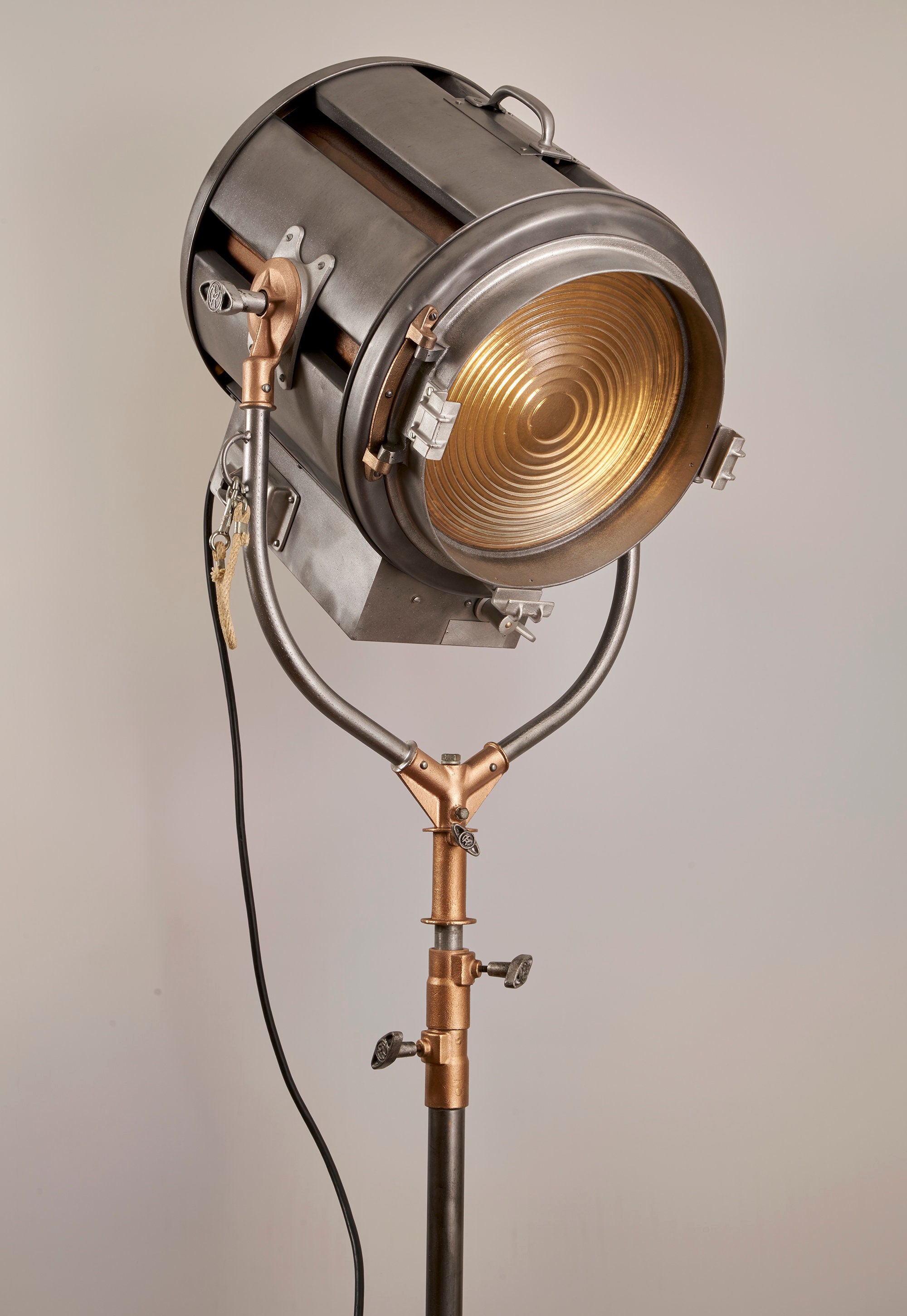 1970's film studio light made by Mole Richardson, Inc. of Hollywood, CA. Rewired with standard Edison E26 socket and bulb to be used as a standing lamp.

Light Fixture & matching Rolling Mole Richardson Senior Stand
(adjustable height from 6' to 12' feet)
* this is a GIGANTIC stand - bottom legs are 2 ft each and stand at most compressed setting is 60 inches high.
This means a ceiling hight of 8 ft is not high enough to instal the light on the stand. The light once installed on stand is 7 ft 10 inches at minimum hight!

** International shipping on this oversized lights is now available. Message us for a quote as the Etsy shipping module doesn't support packages of this size and weight.

Personal Notes:
Heavy Metal: our classic signature look, sand blasted then buffed with wire brushes, next aged to perfection with metallic rubs.he perfect blend between clean and classic vintage patins . This fixture is sitting on an amazing vintage time period correct Senior rolling stand. The biggest light I have restored to date, it takes all I have to put it up on the stand by myself (its that big!)