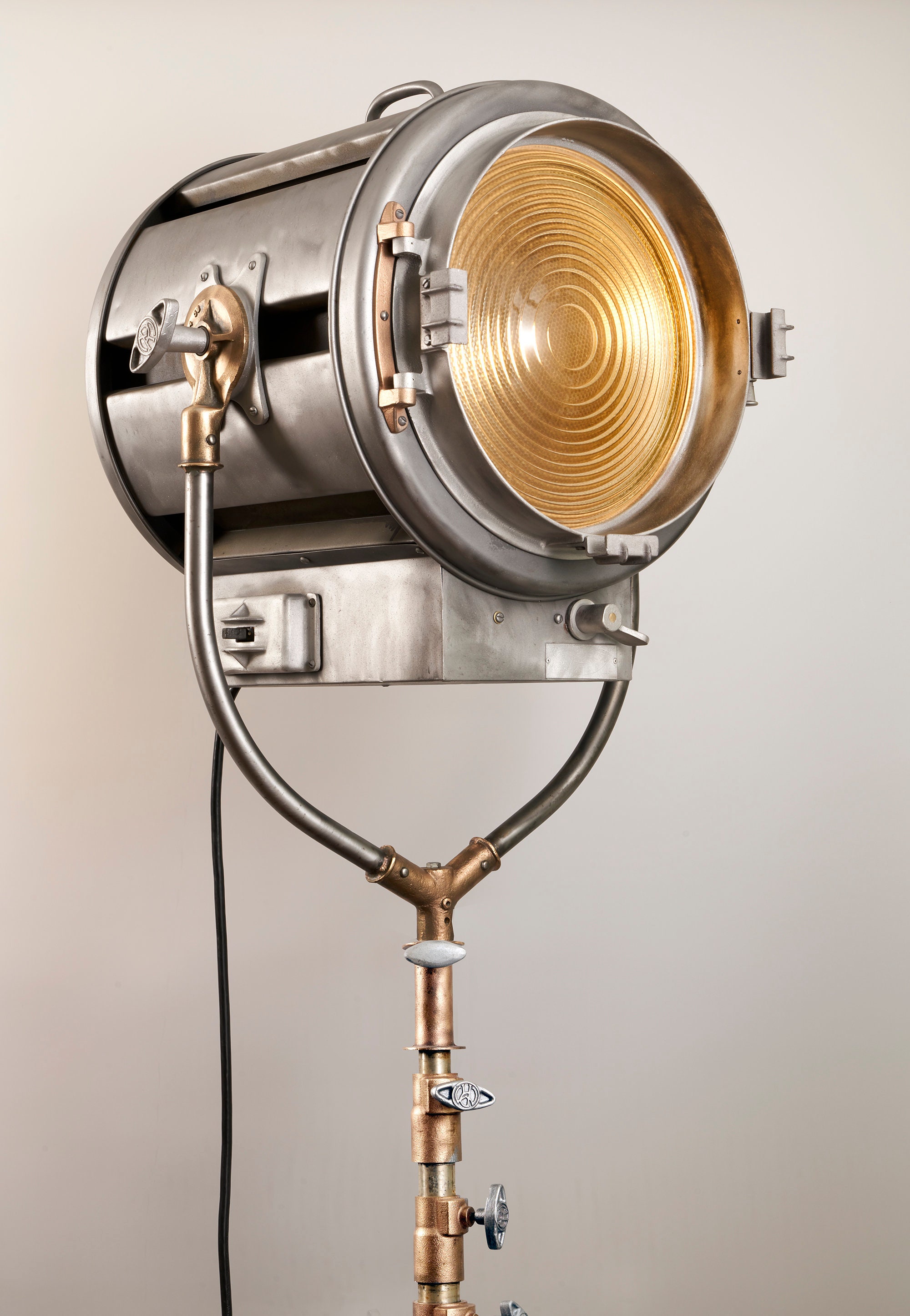 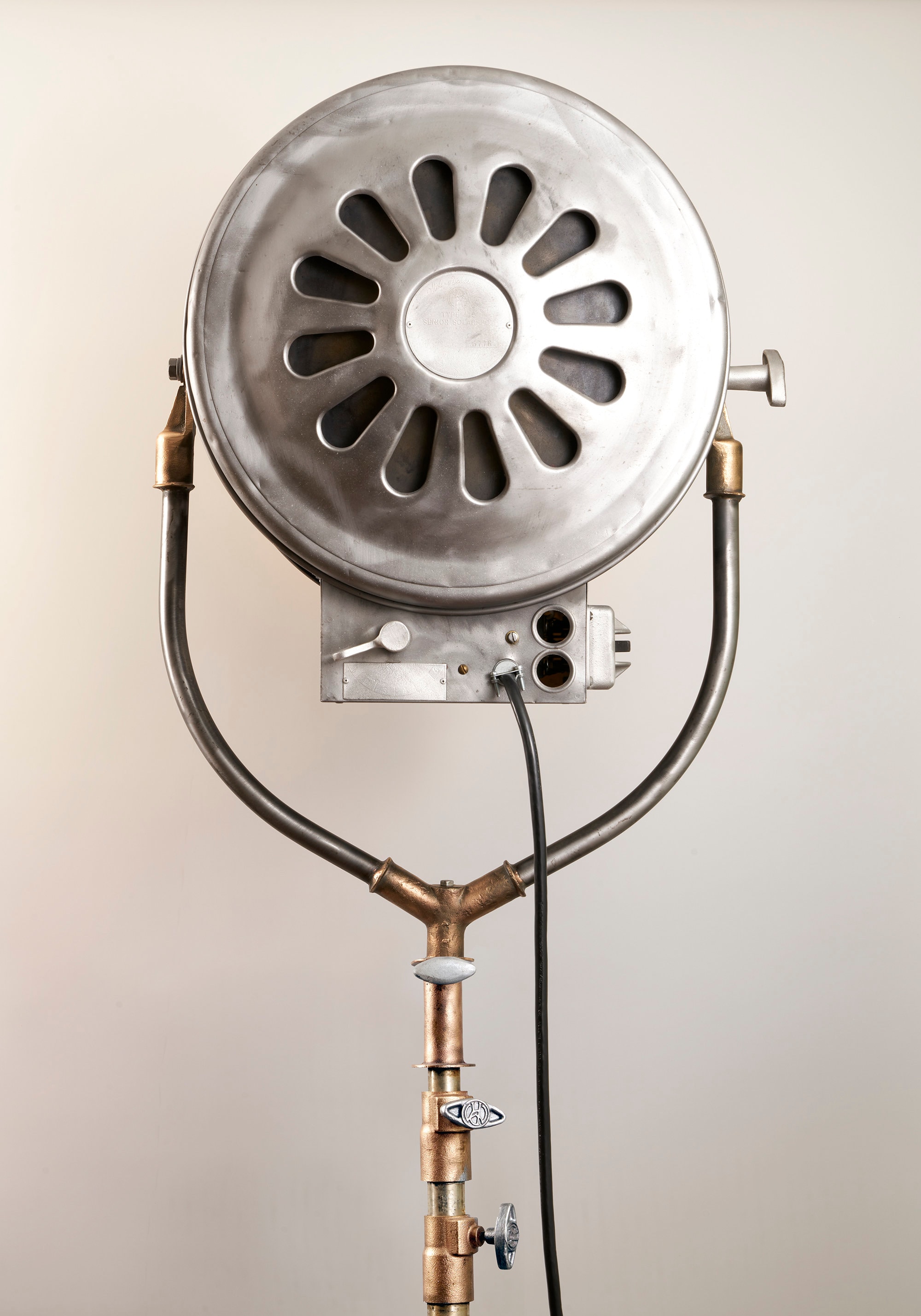 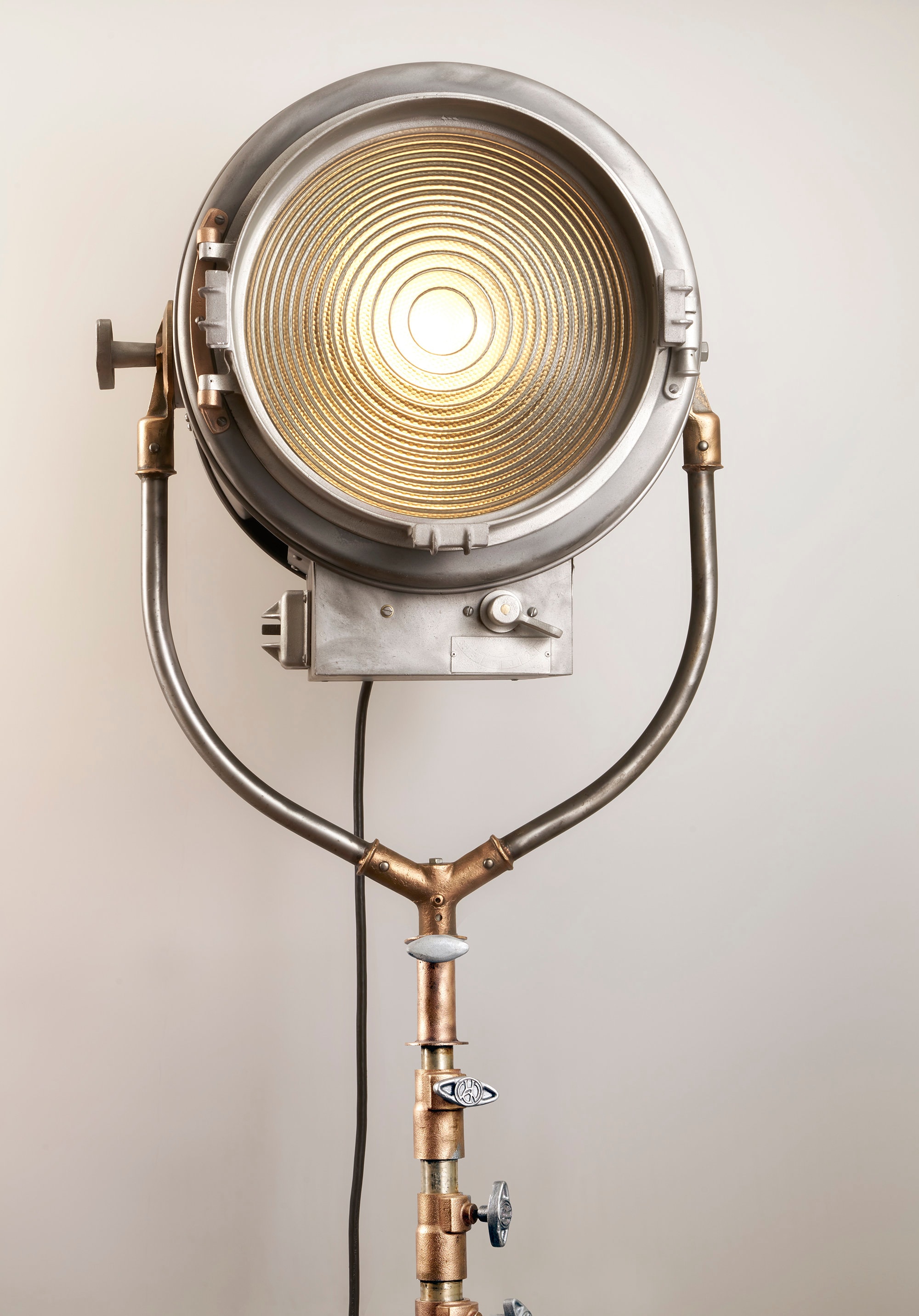 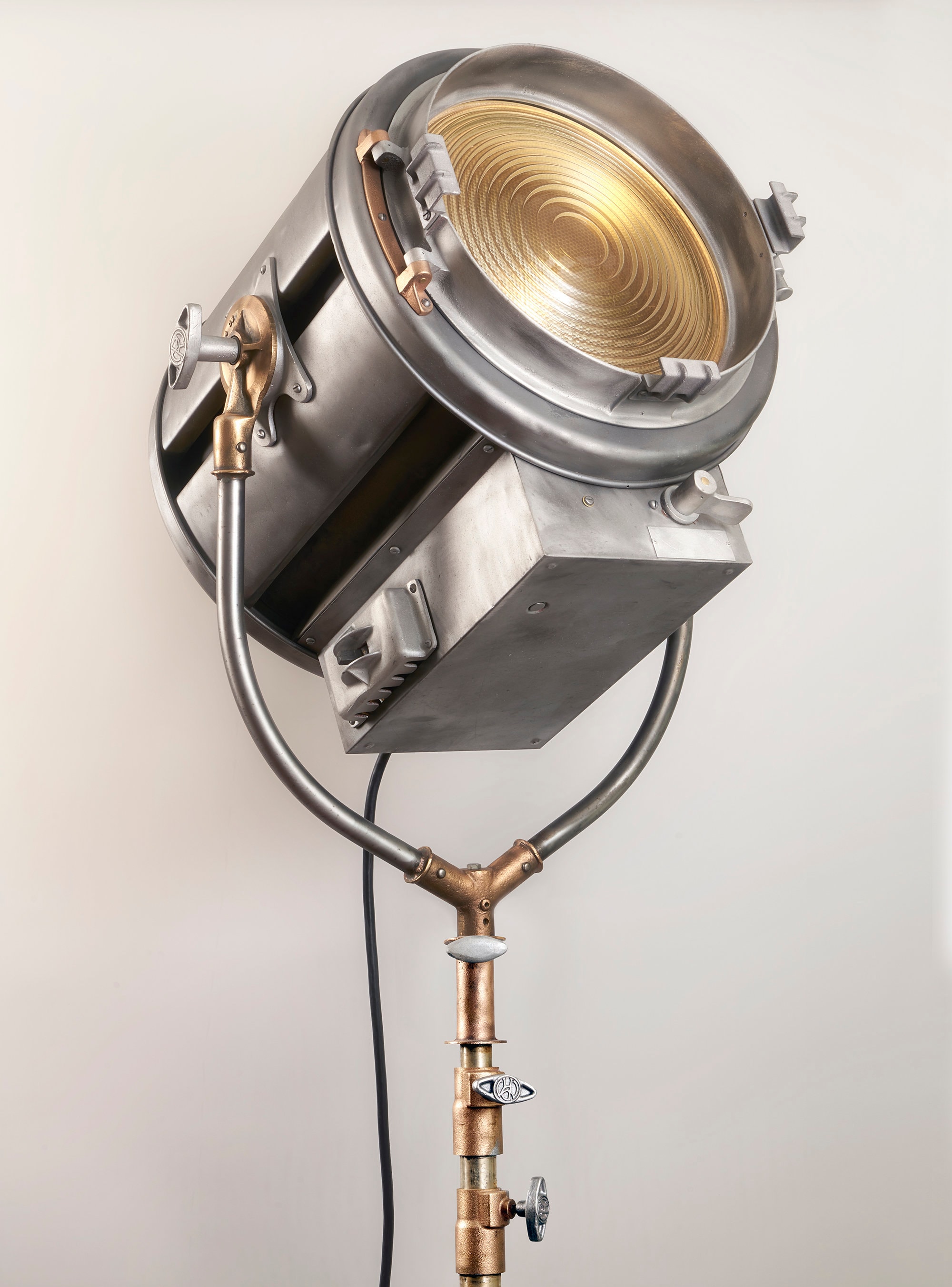 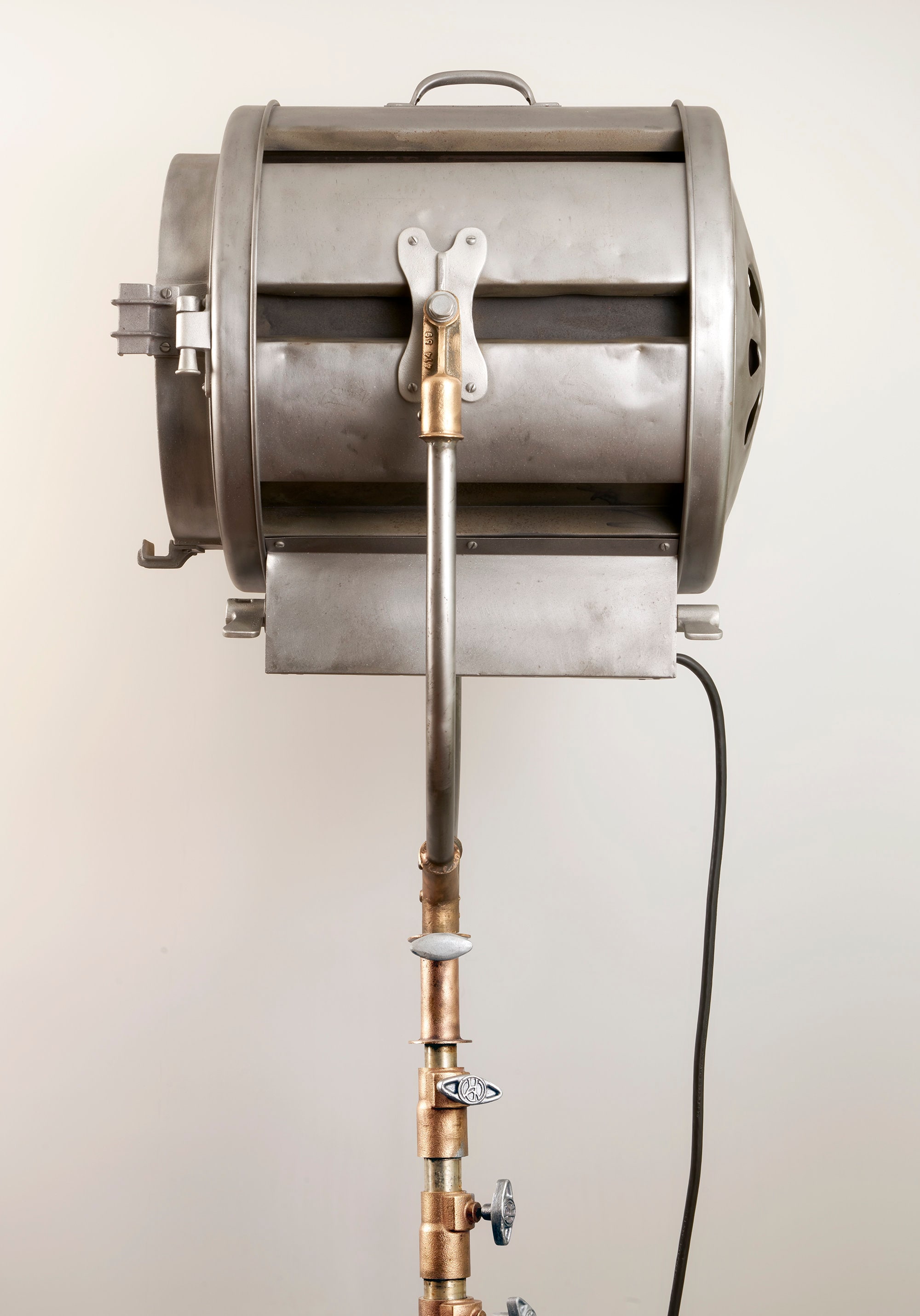 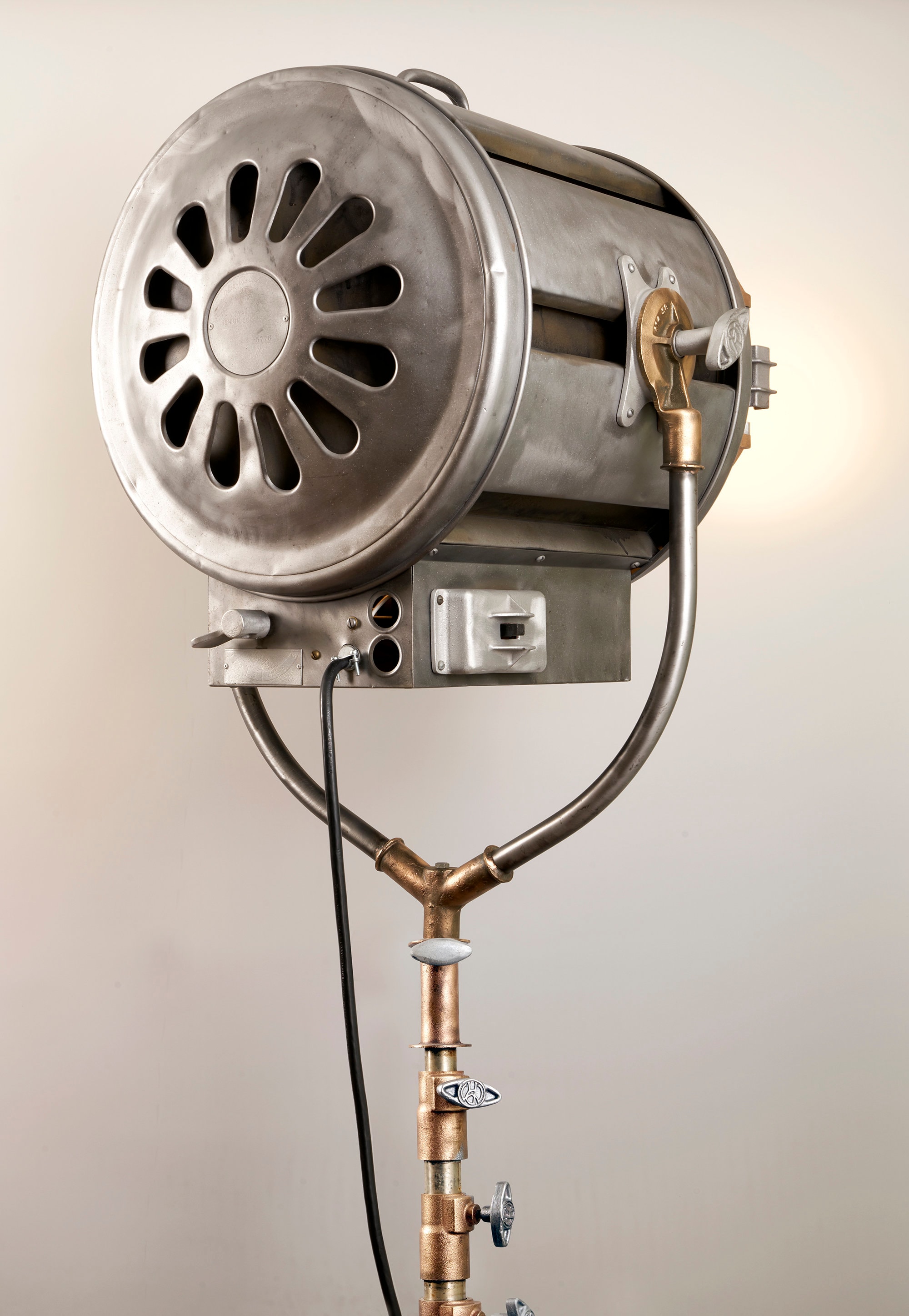 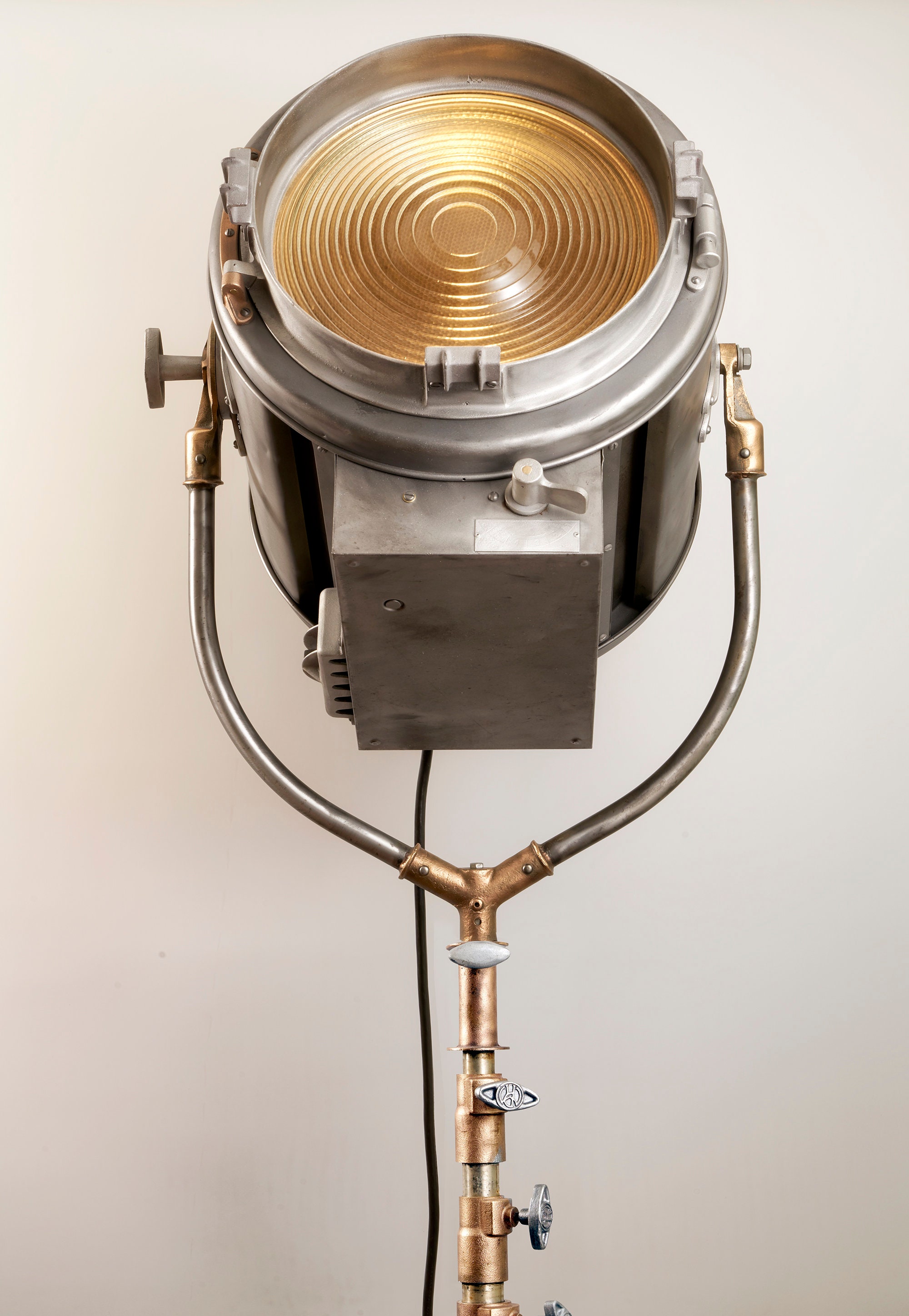 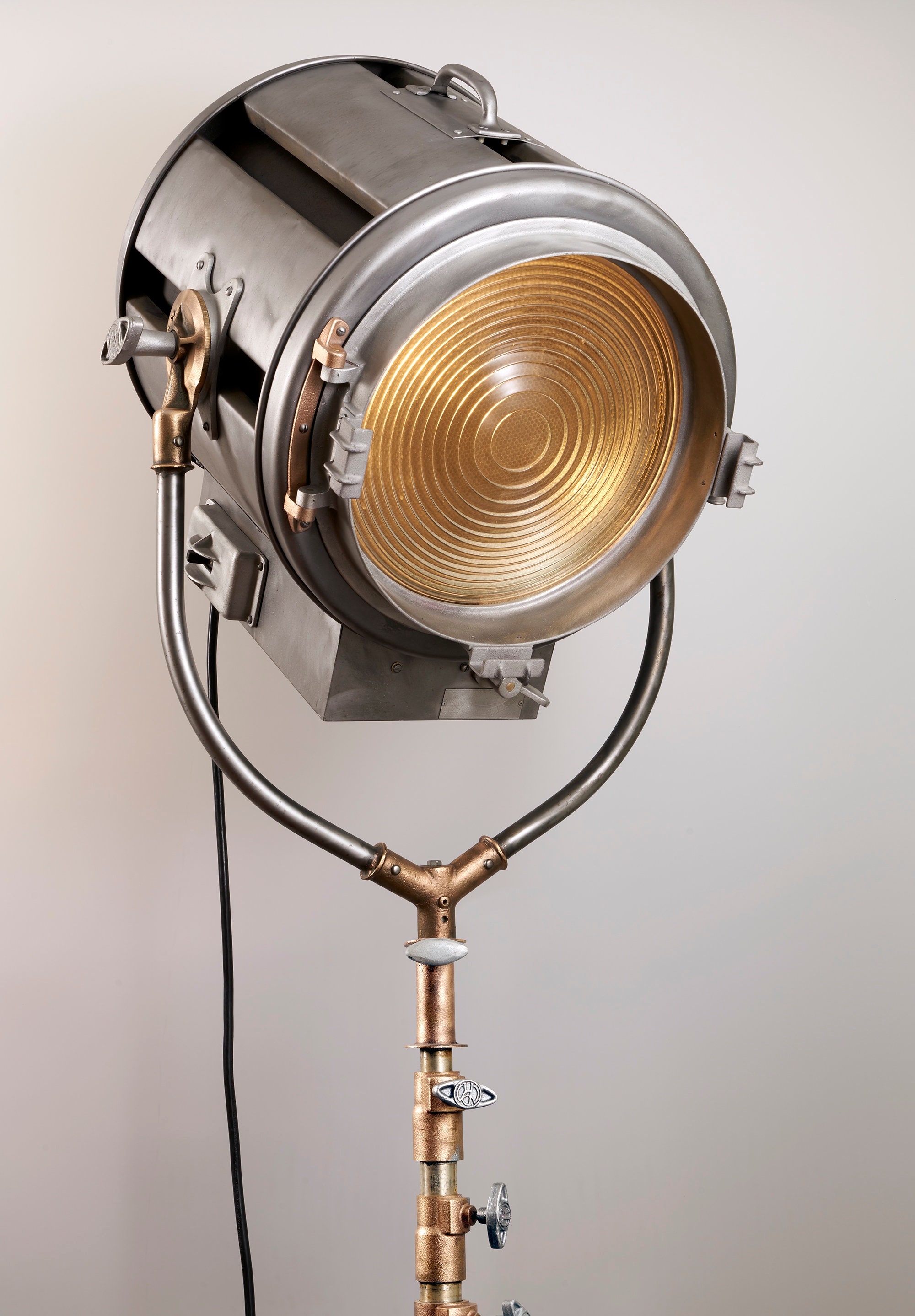 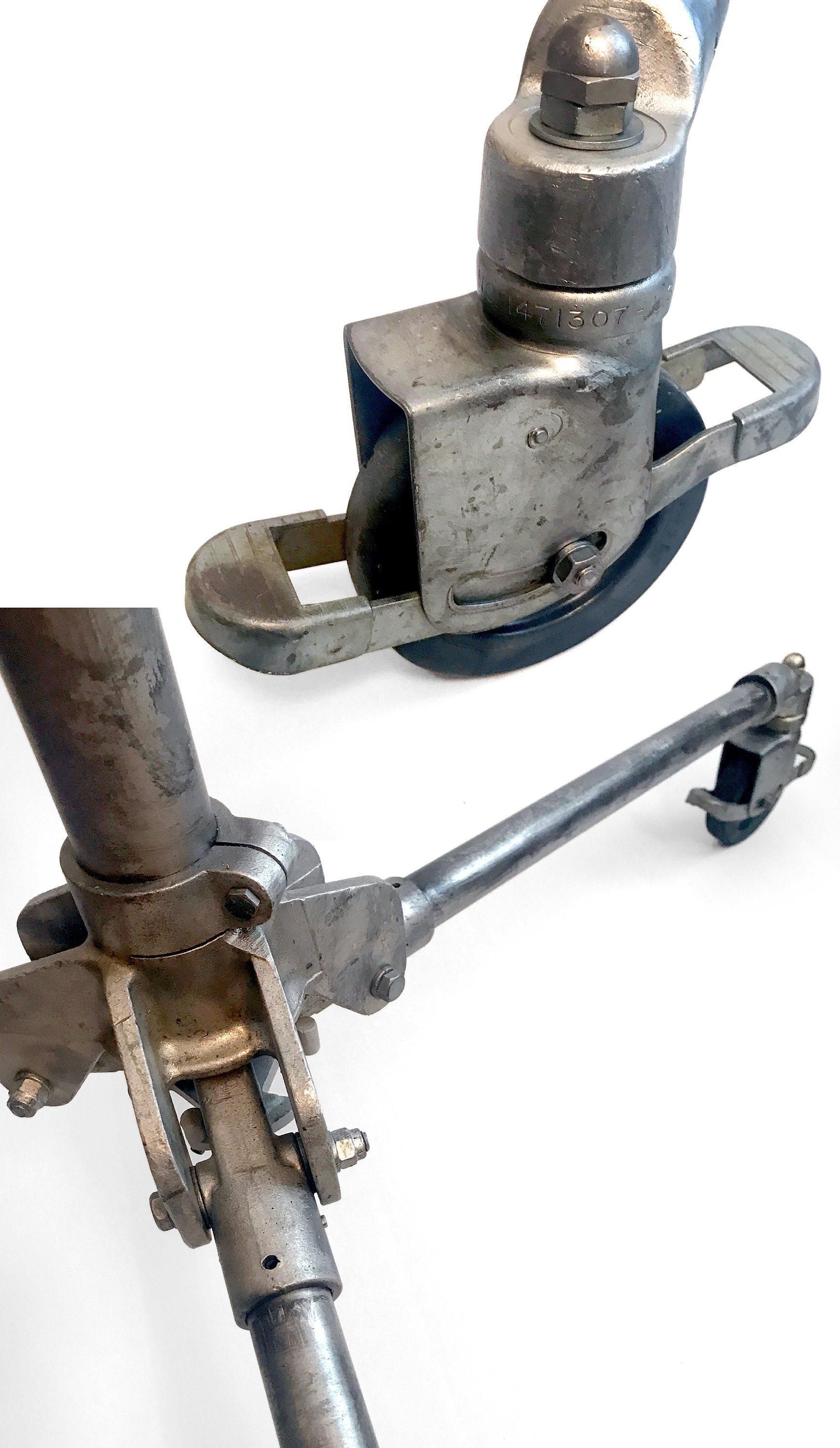 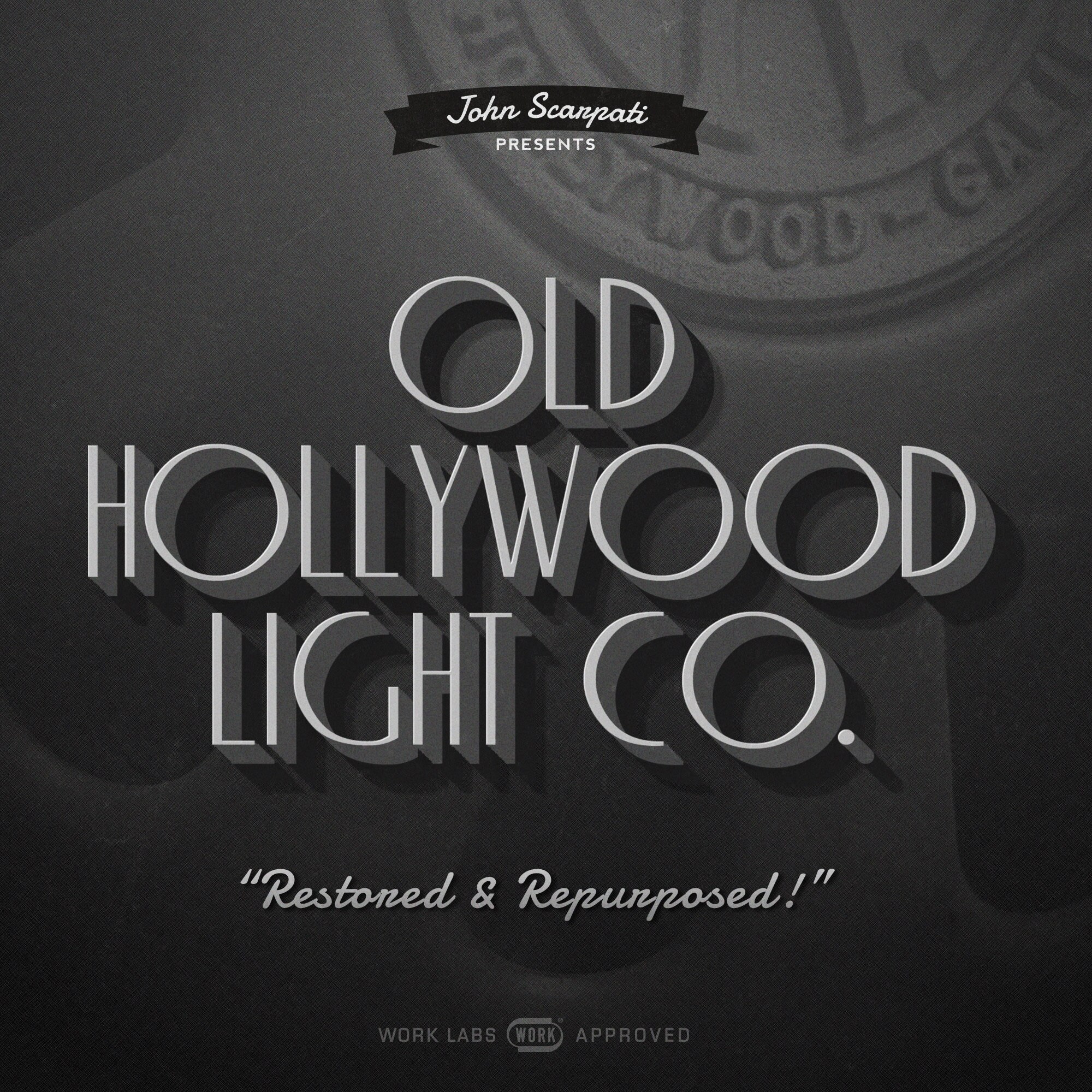 1970's film studio light made by Mole Richardson, Inc. of Hollywood, CA and rewired with standard Edison E26 socket and bulb to be used as a standing lamp.

Light Fixture & matching Rolling Mole Richardson Senior Stand
(adjustable height from 6' to 12' feet)
* this is a GIGANTIC stand - bottom legs are 2 ft each and stand at most compressed setting is 60 inches high.
This means a ceiling height of 8 ft is not high enough to install the light on the stand. The light, once installed on the stand, is 7 ft 10 inches at minimum height!

** International shipping on this oversized lights is now available. Please message us for a quote as the Etsy shipping module doesn't support this size and weight packages.

Personal Notes:
Heavy Metal: our classic signature look, sandblasted then buffed with wire brushes, next aged to perfection with metallic rubs. The perfect blend between clean and traditional vintage patins. This fixture is sitting on a fantastic vintage time period correct Senior rolling stand. The most enormous light I have restored to date, it takes all I have to put it up on the stand by myself (it's that big!)

Mole-Richardson, also known as Mole, is a stage lighting instrument and motion picture lighting manufacturing company originally based in Hollywood, California. The company was started in 1927 by Sicilian immigrant Pietro "Peter" Mule (changed to Mole). Born November 10, 1891, in the Italian town of Termini Imerese, Palermo, Sicily, he first worked for General Electric (GE) in New York.
In 1927 he began selling incandescent tungsten lighting to the film industry, which allowed a more natural lighting than the previous arc lights. The new lights were also silent, an advantage for the new sound films.
Mole-Richardson invented the Fresnel Solar Spot unit in 1935, adapting the fresnel lighthouse lens for use in motion pictures. It won the first of four technical Academy Awards the company has earned.