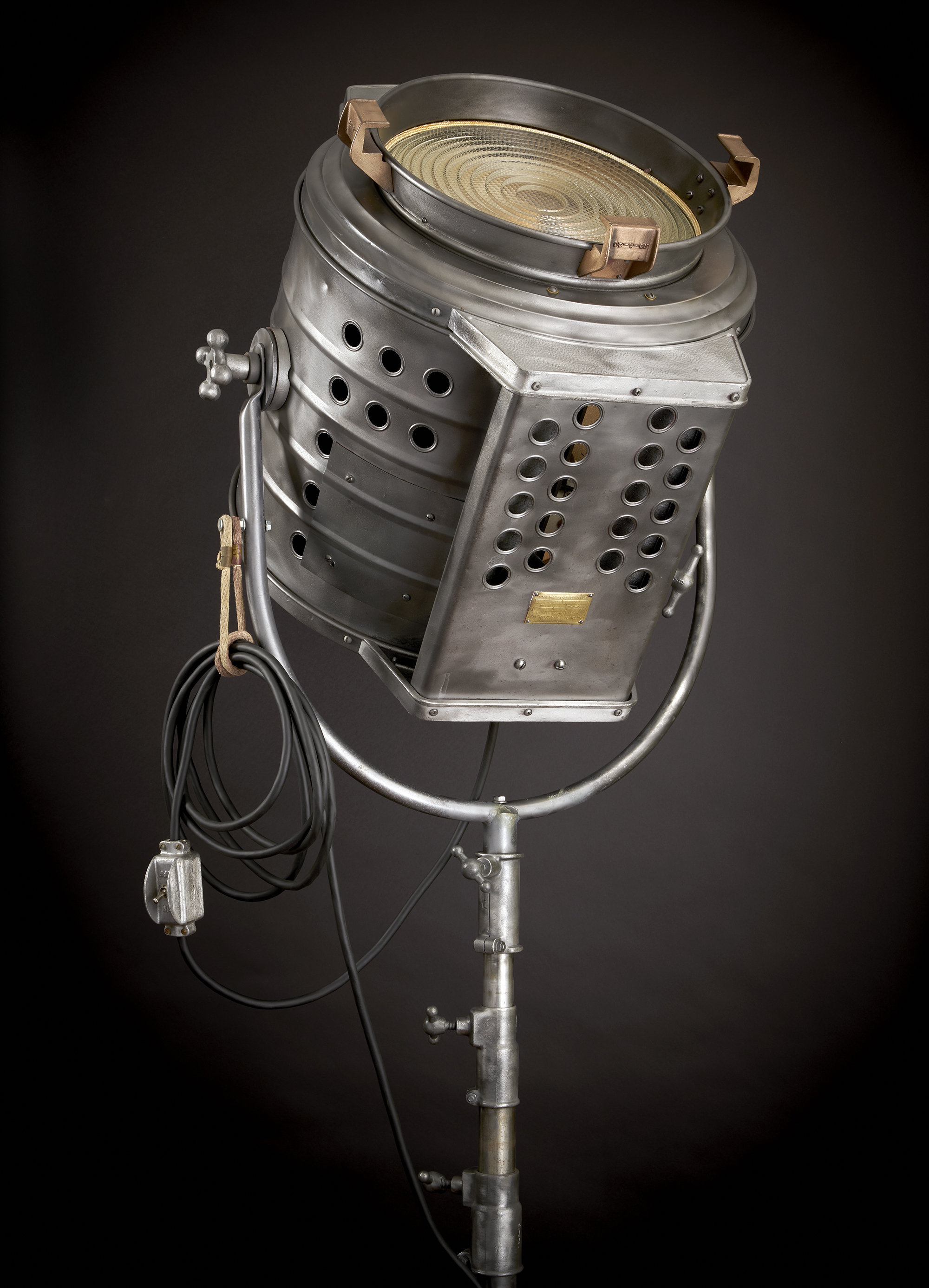 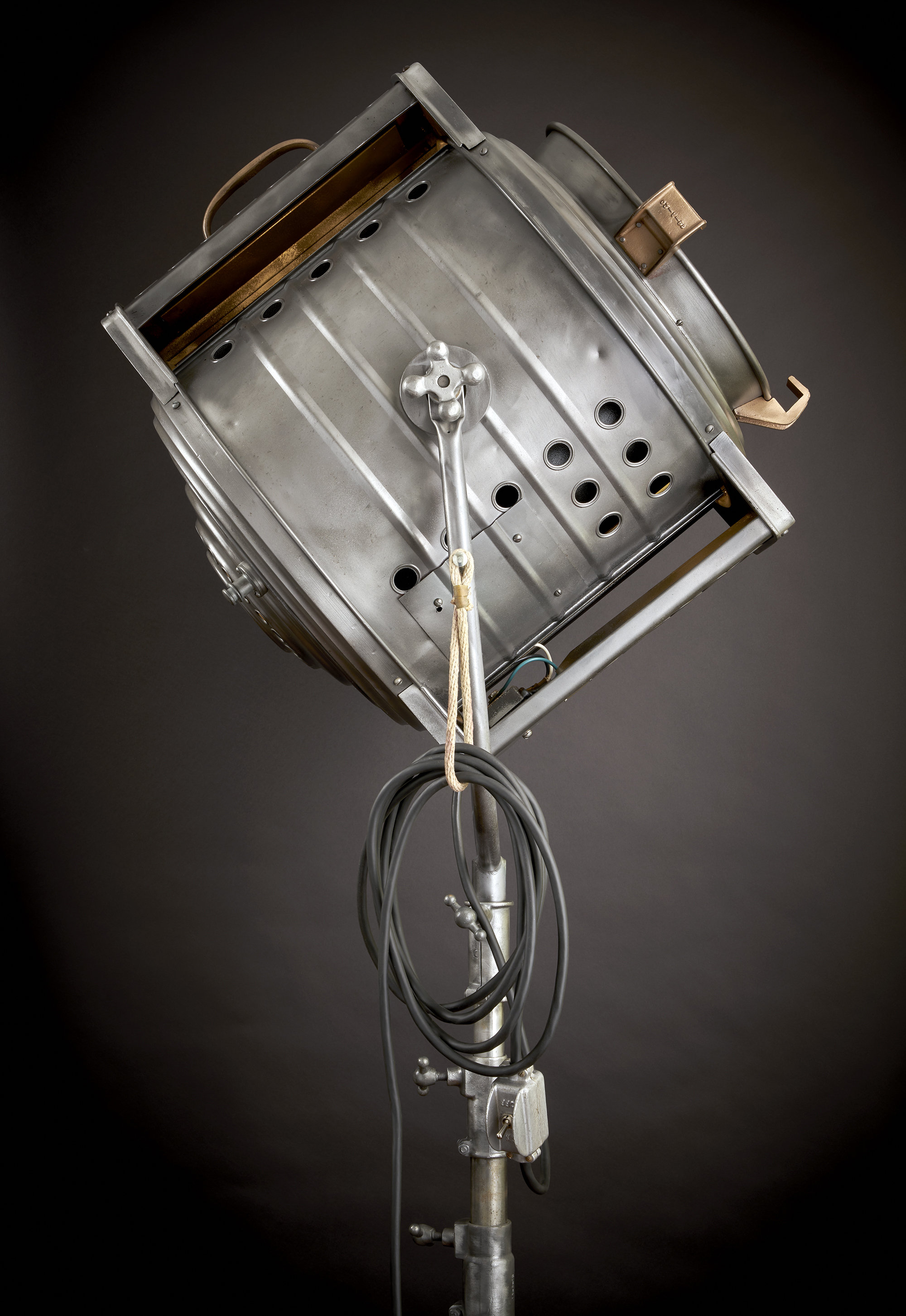 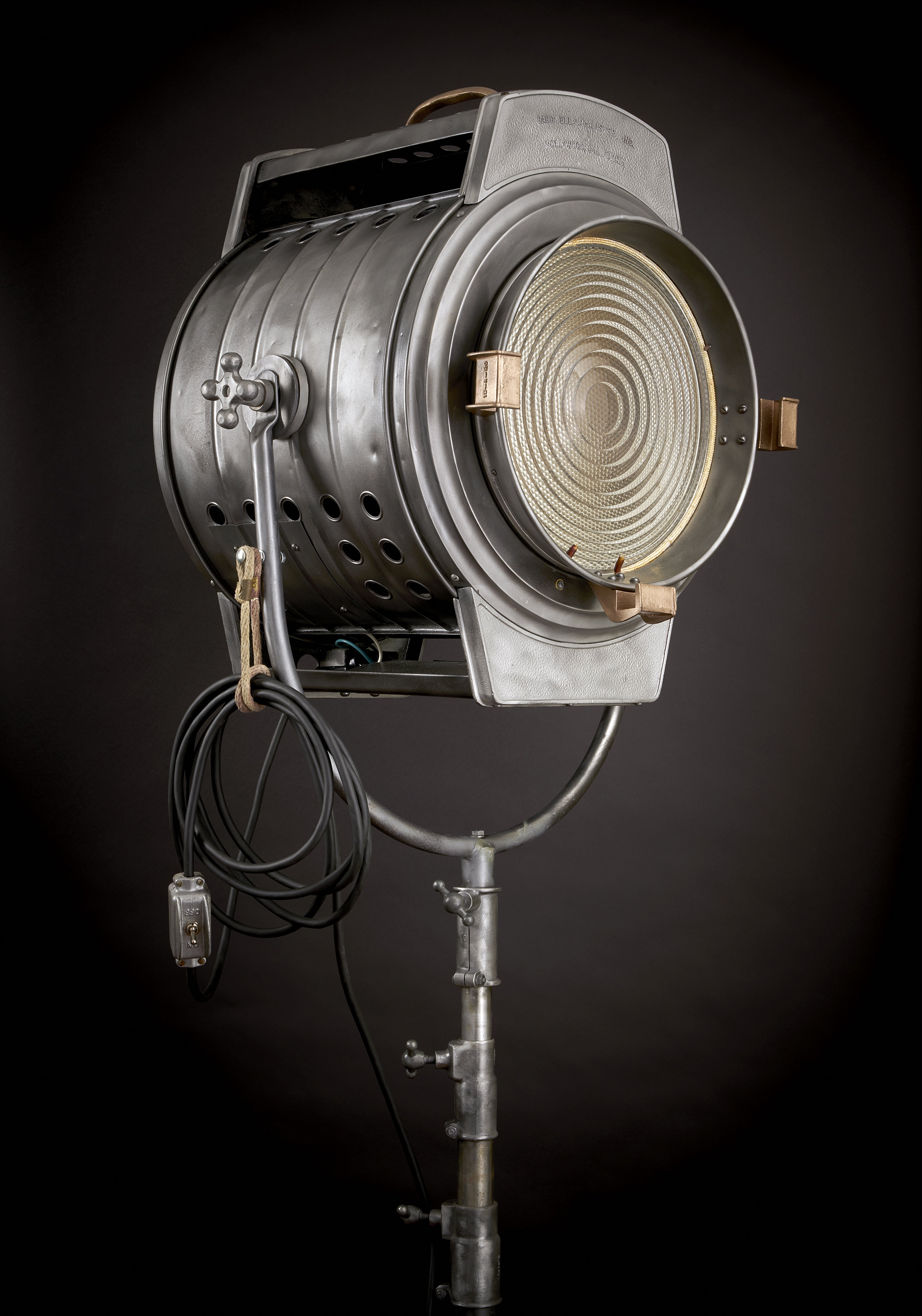 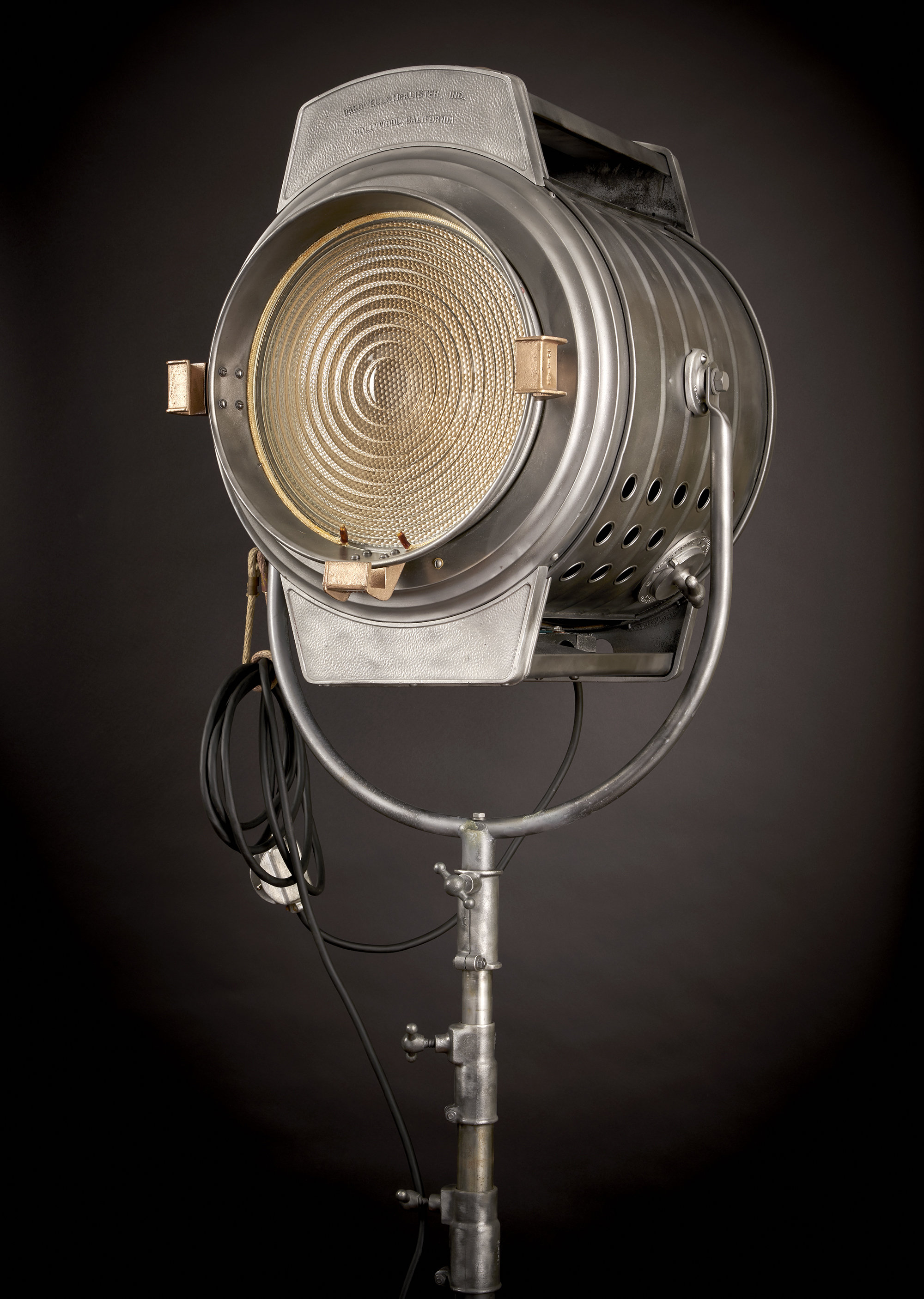 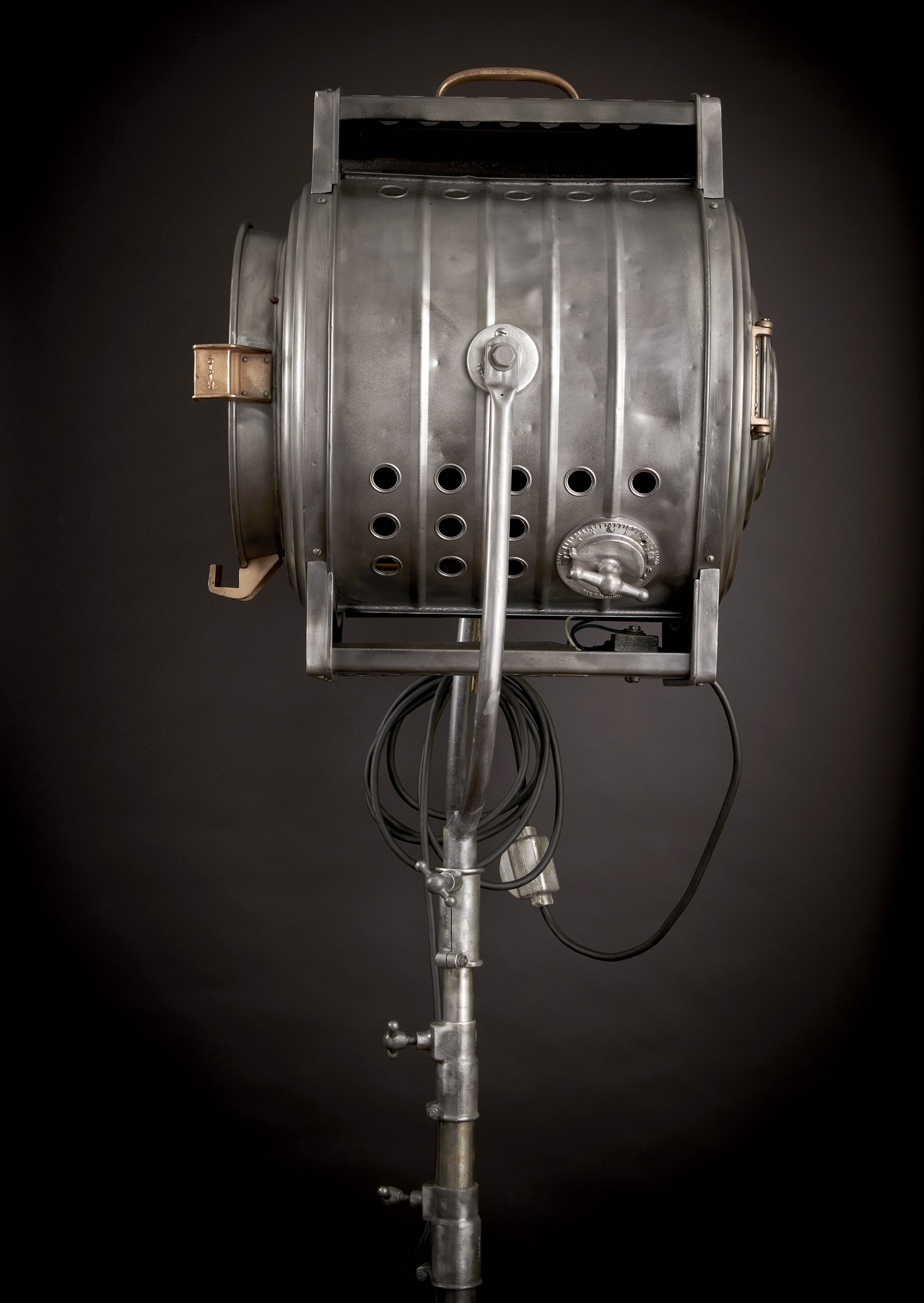 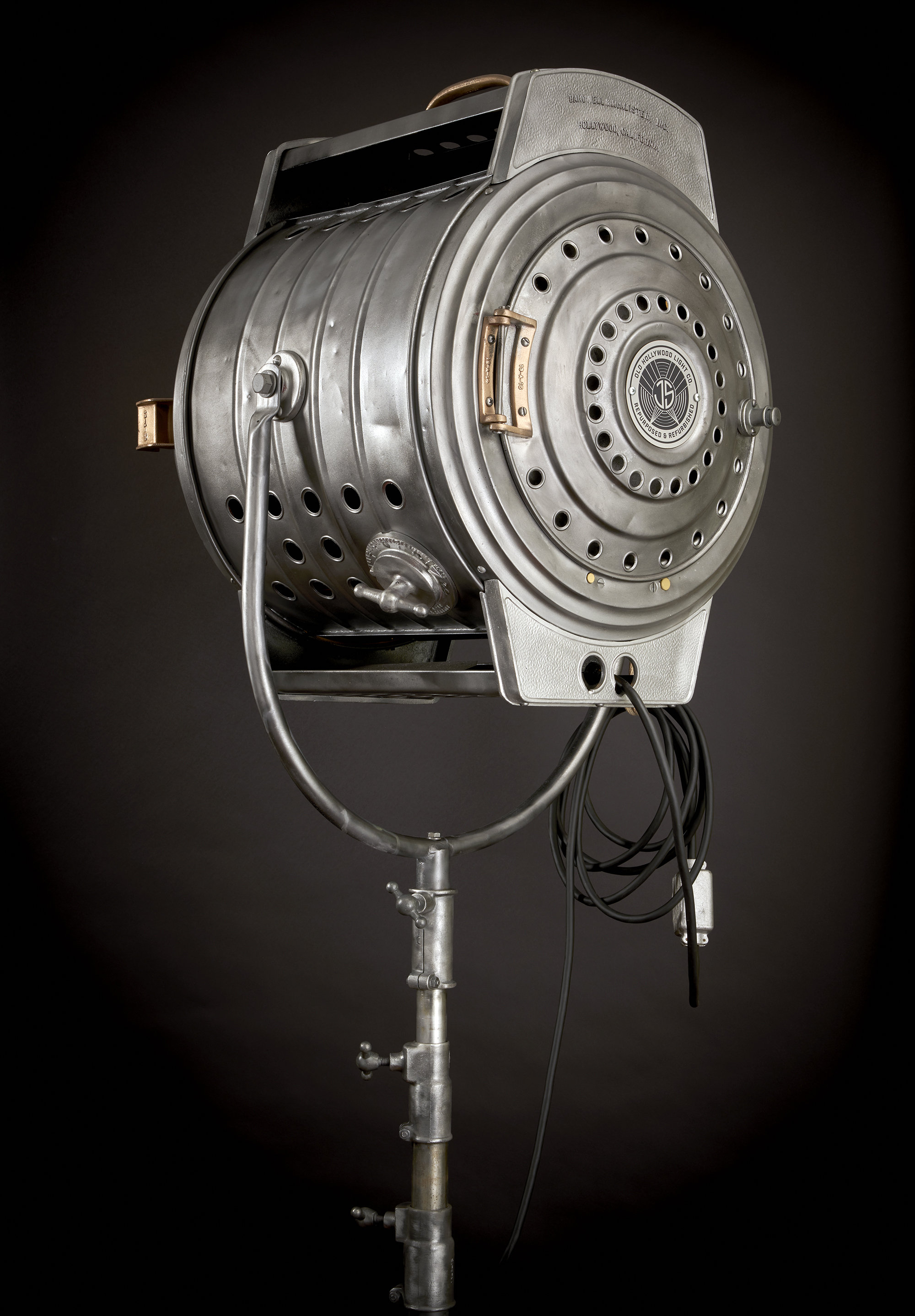 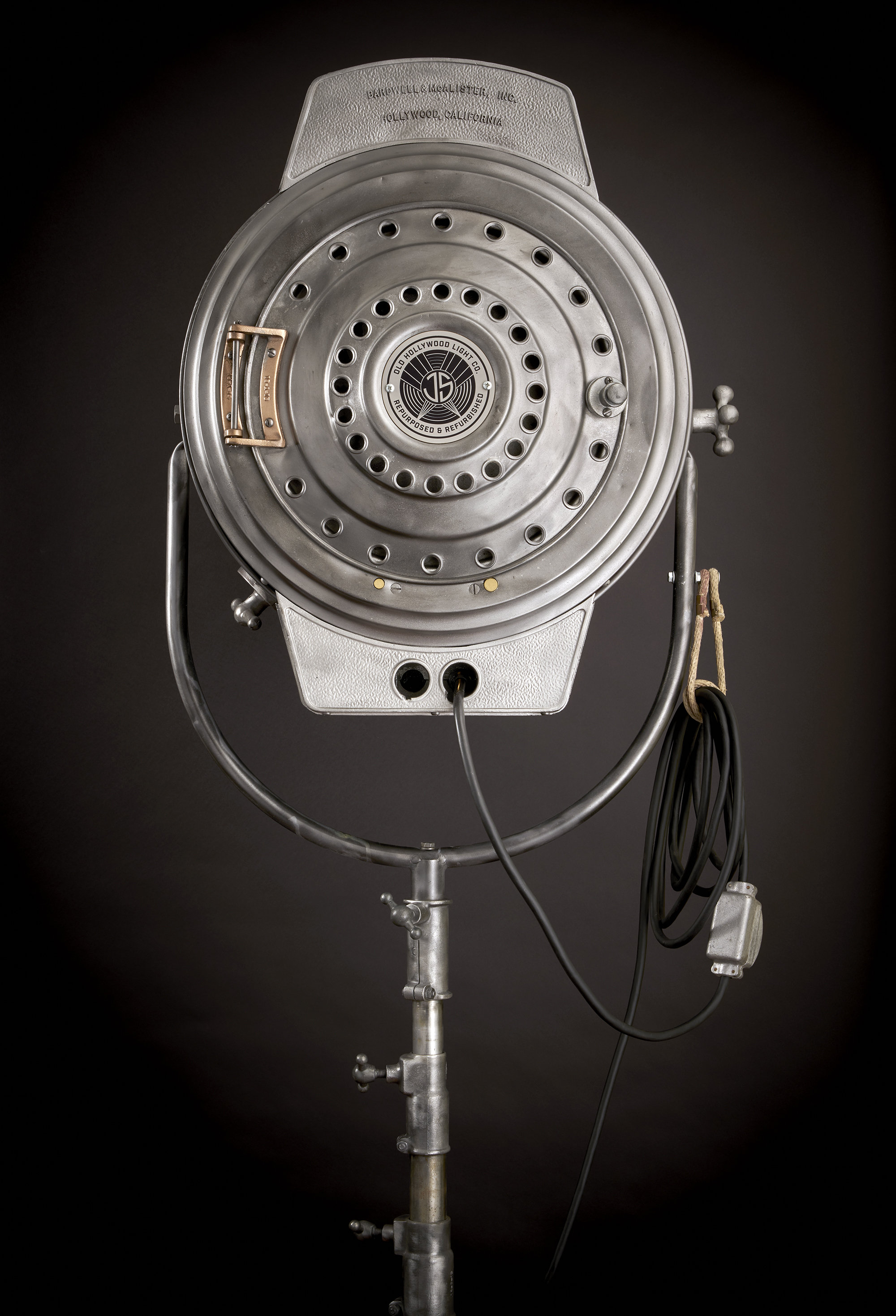 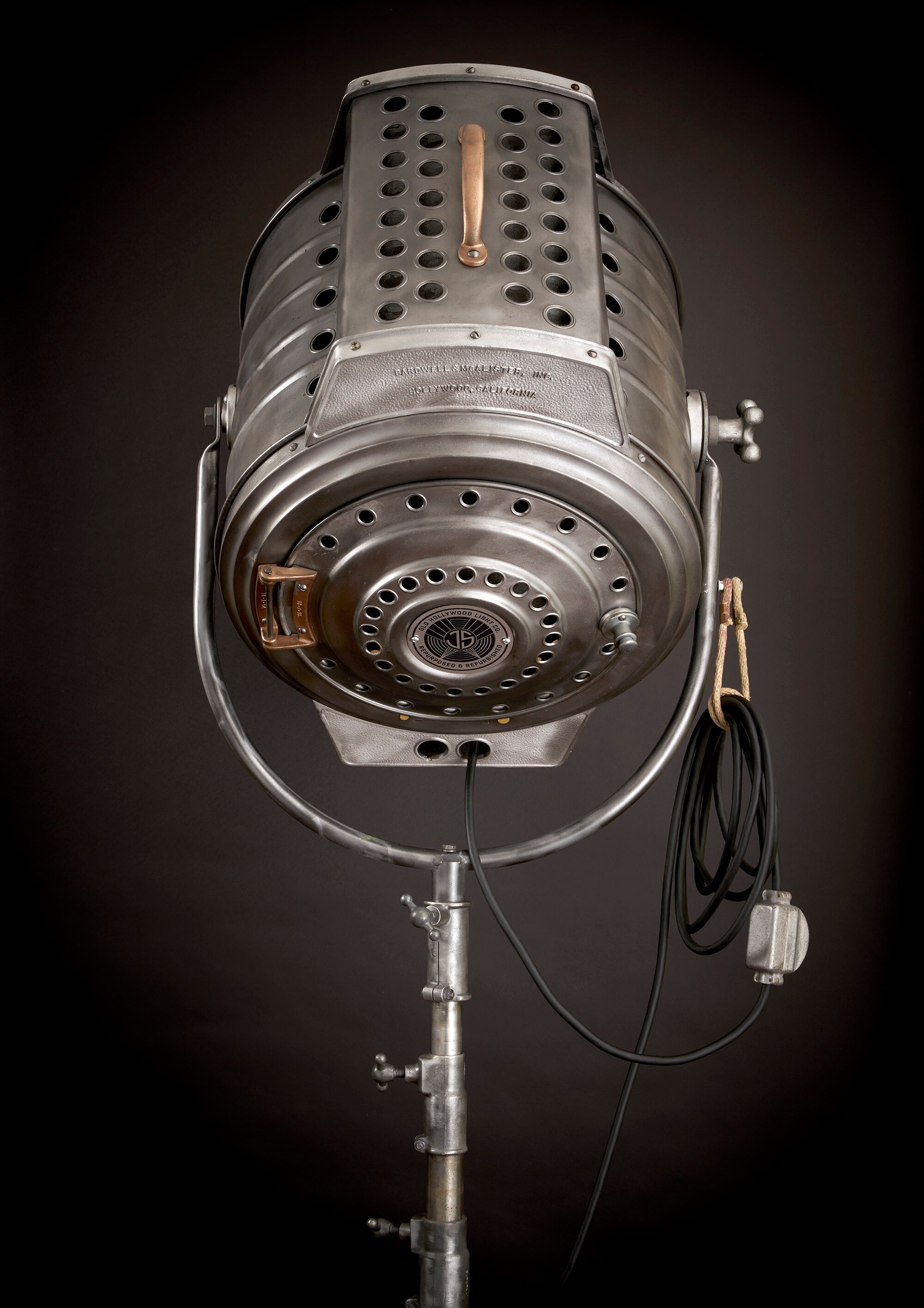 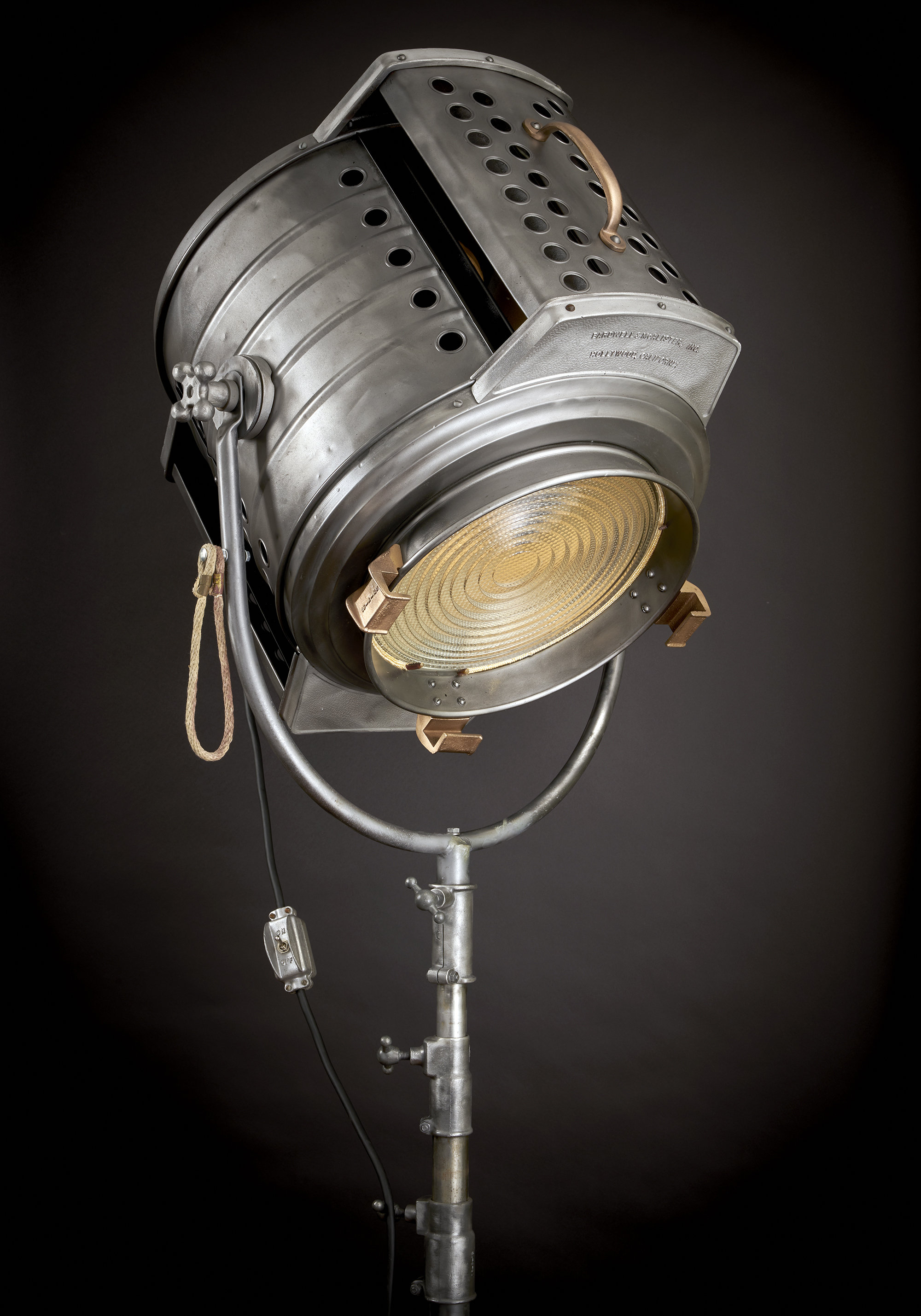 * International shipping on these oversized lights is now available. Please message us for a quote as the Etsy shipping module doesn't support these size and weight packages.

Personal Notes:
Heavy Metal: our classic signature look, sandblasted then buffed with wire brushes, next aged to perfection with metallic rubs. I cannot even begin to explain how COOL this light is, and BIG, Really BIG! This light clocks in at 56 lbs, with the stand being another 38lbs.

WARNING - Initial setup may be complicated due to the weight and size of this unit; I would suggest two people do it to be safe. Not a toy, a real working Hollywood professional move light (advice available if required). After initial setup, the light rolls around and adjusts easily!

Bardwell & McAlister
(B & M Lighting) has been in the business of manufacturing motion picture lighting and production equipment since 1926. Although the company has changed hands several times throughout the years, B&M has always maintained the respect of professional filmmakers, providing television and major motion picture studios with quality products and services. During the 1940′s B & M had over 200 employees in five separate plants here in southern California and published its own in-house newspaper called the Spotlight. B&M dedicated three of those facilities to producing bomb loaders and other military equipment for the war effort based upon the design of their camera dolly and other production products.

“American photographer John Scarpati has taken to scouring old Hollywood studio supply warehouses in search of restoration-worthy examples. made between the 1920’s and 1940’s, each light is a one-of-a-kind original, complete with vintage stand or tripod.they exude the sort of patina that can’t be matched by cheaply mass-produced repros, yet ironically, the lights in his etsy shop actually cost less than the replicas available in upscale malls. ‘my personal favorite finish is a heavy, industrial, vibe, explains scarpati. completely refurbished, but still keeping its vintage look intact. less of a polished finished and more real deal.’”
- Designboom