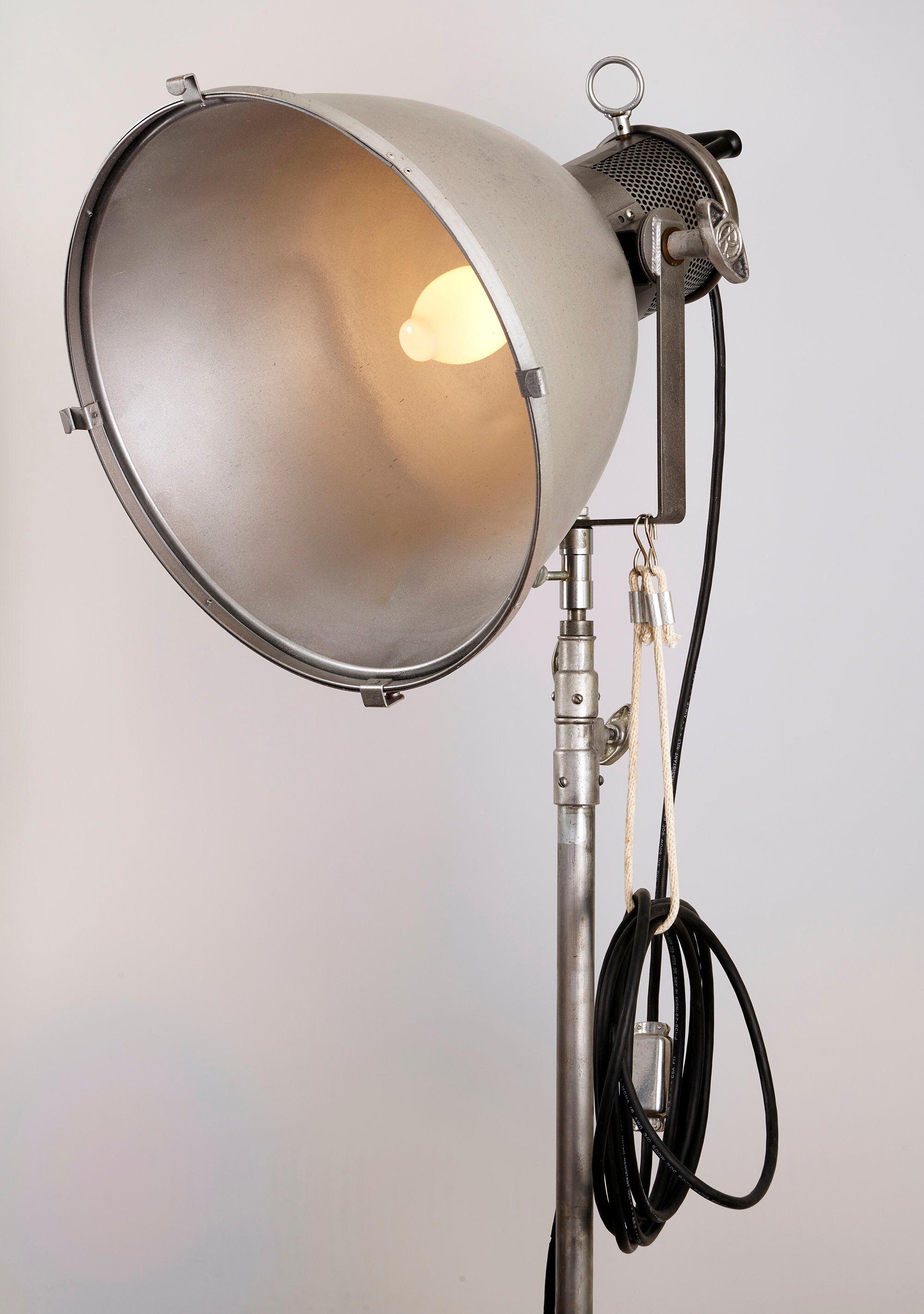 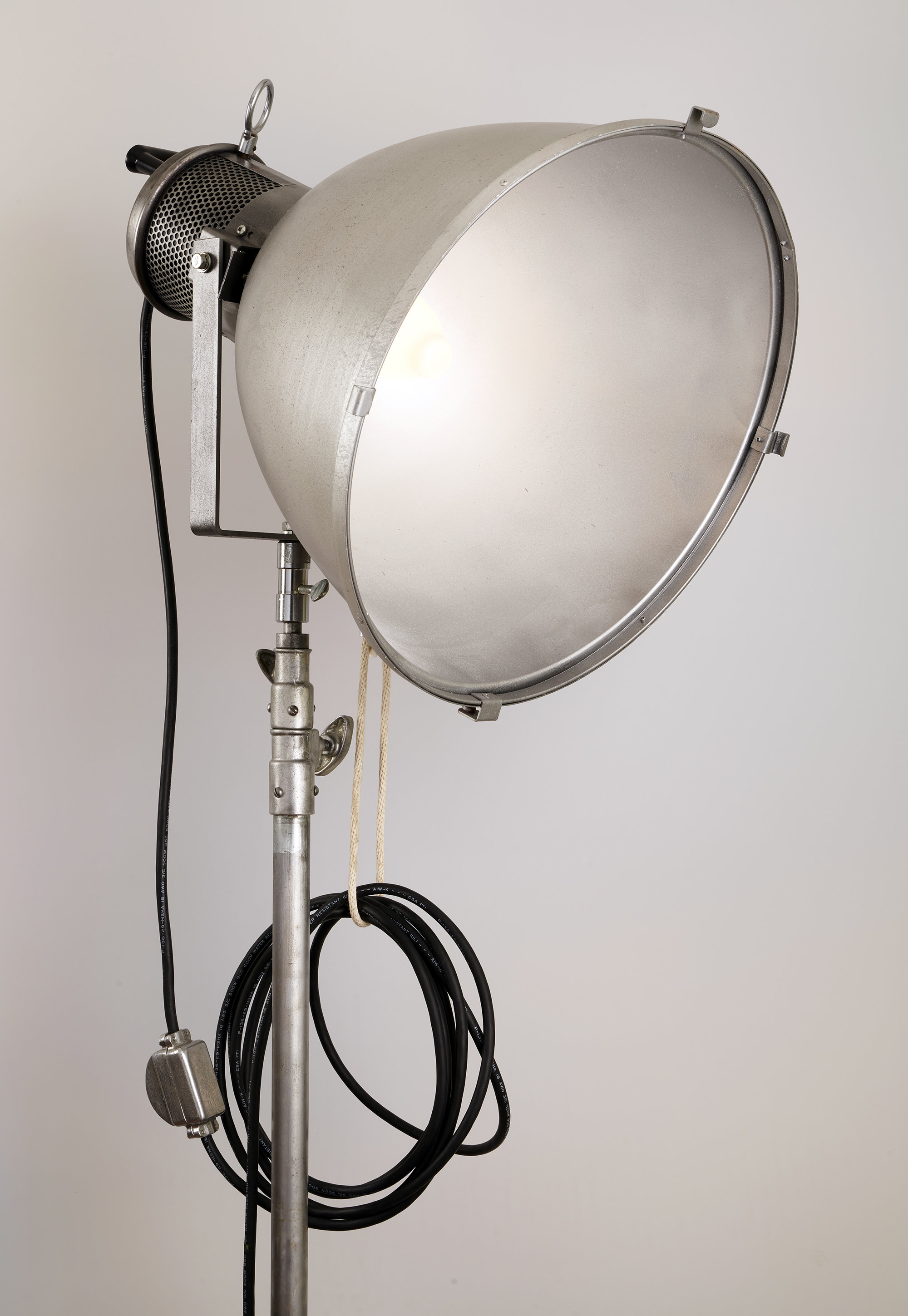 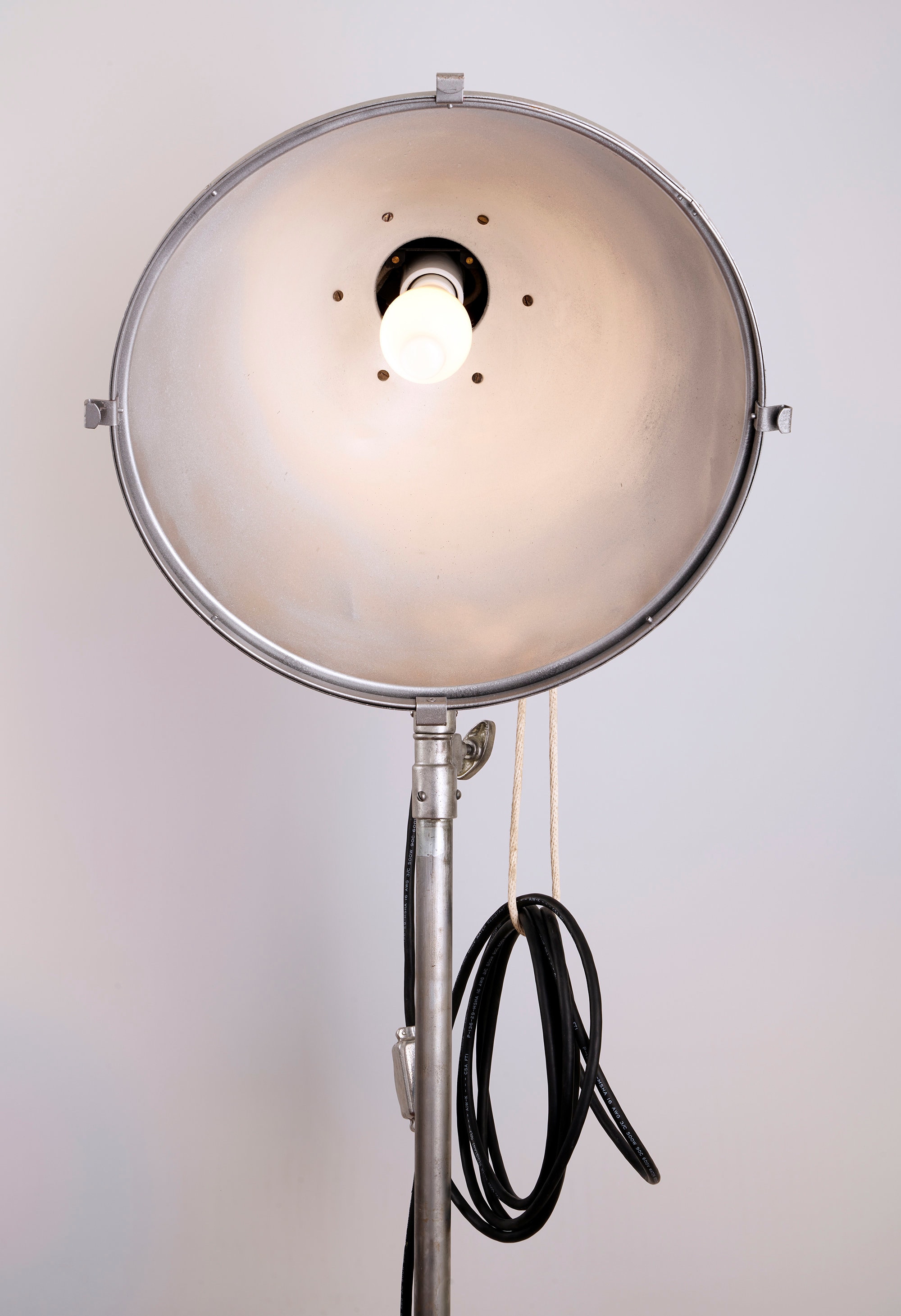 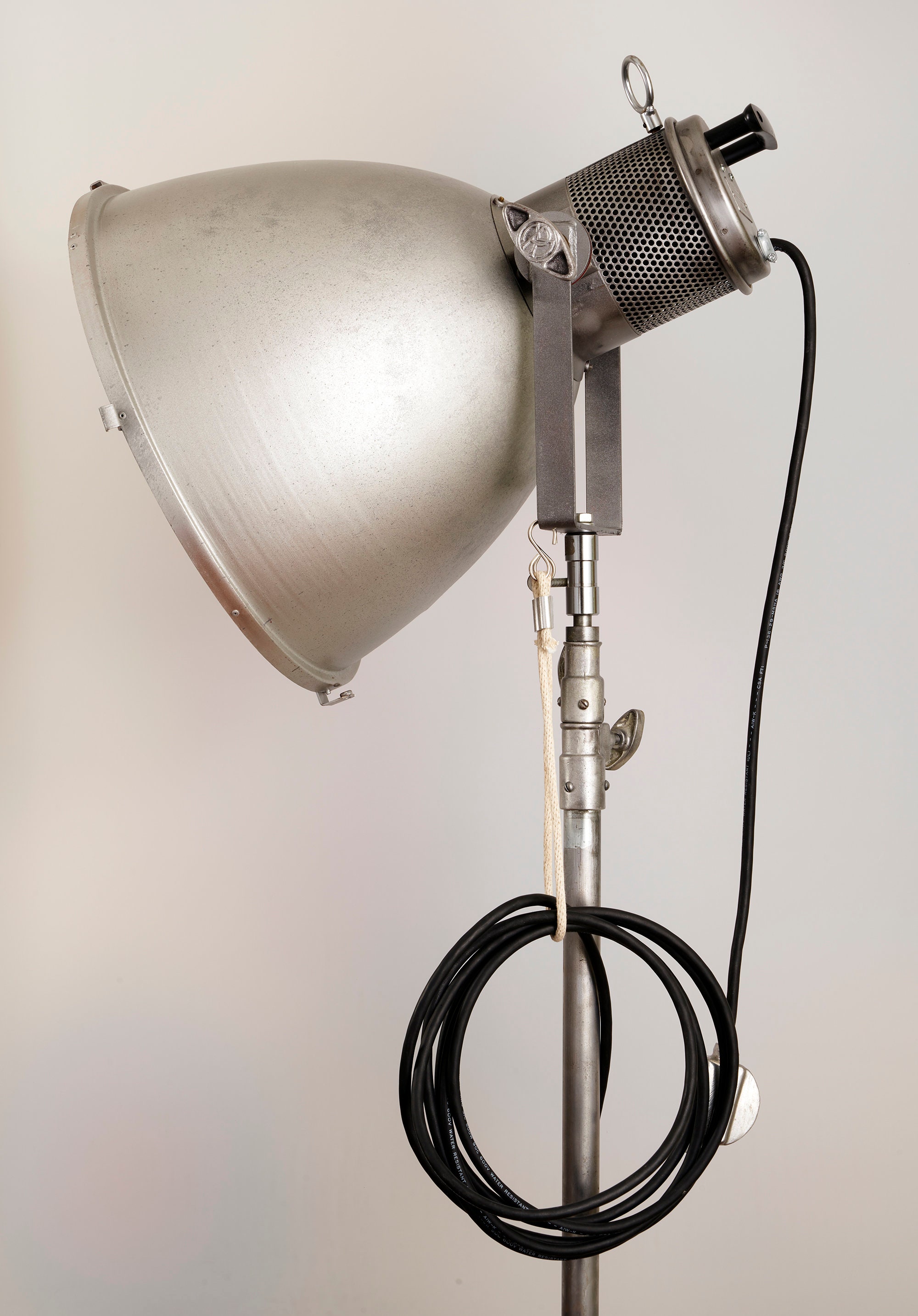 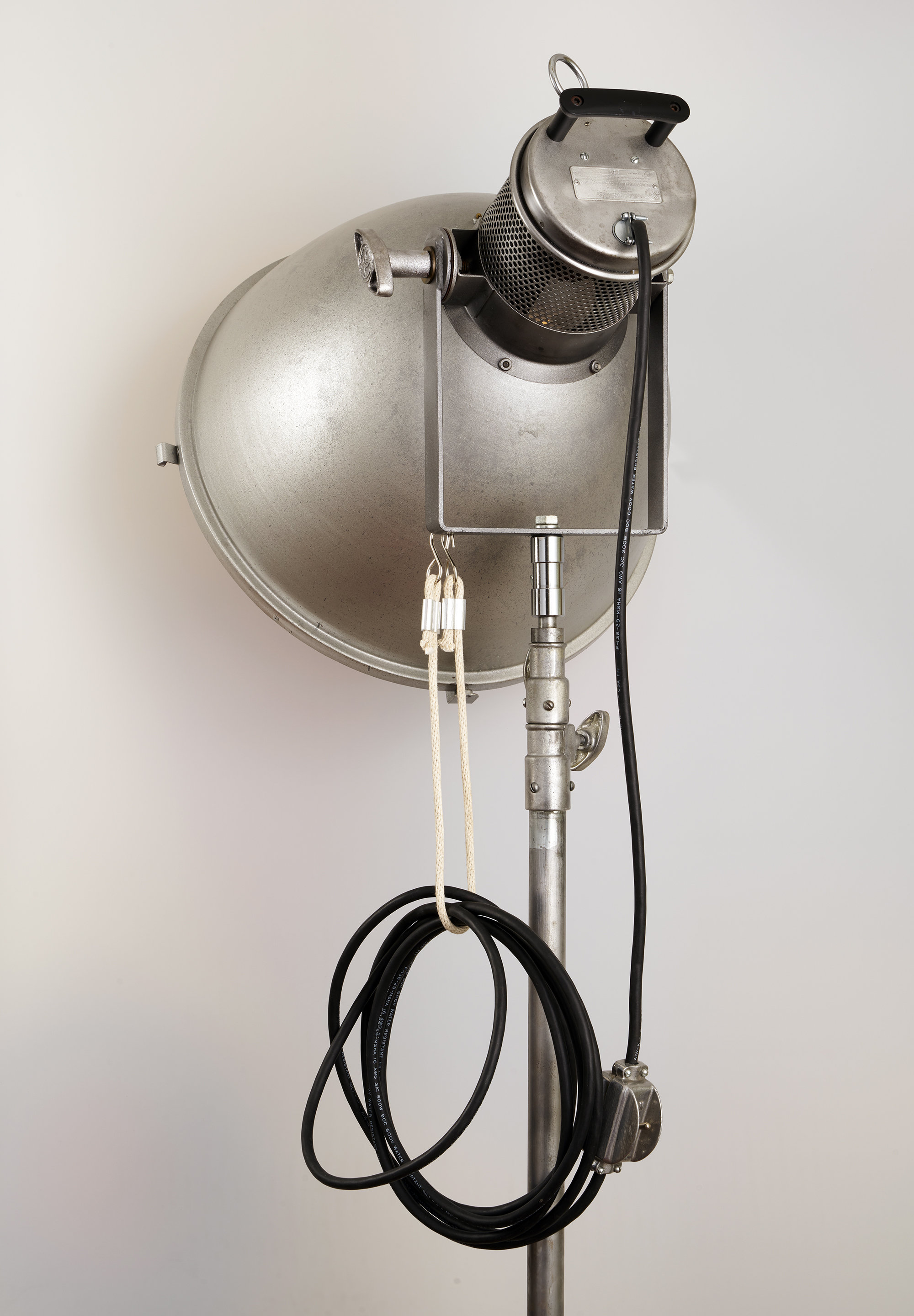 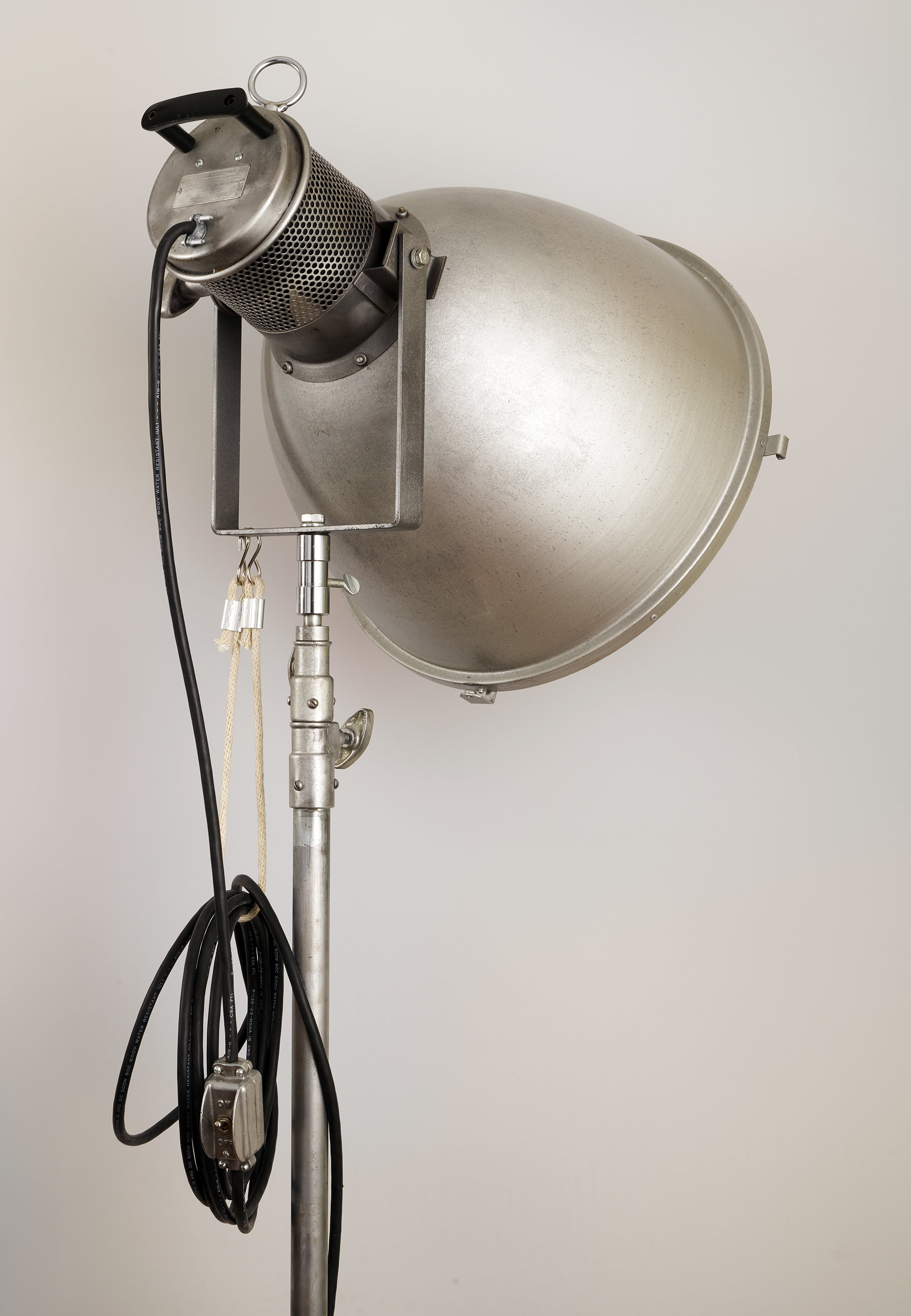 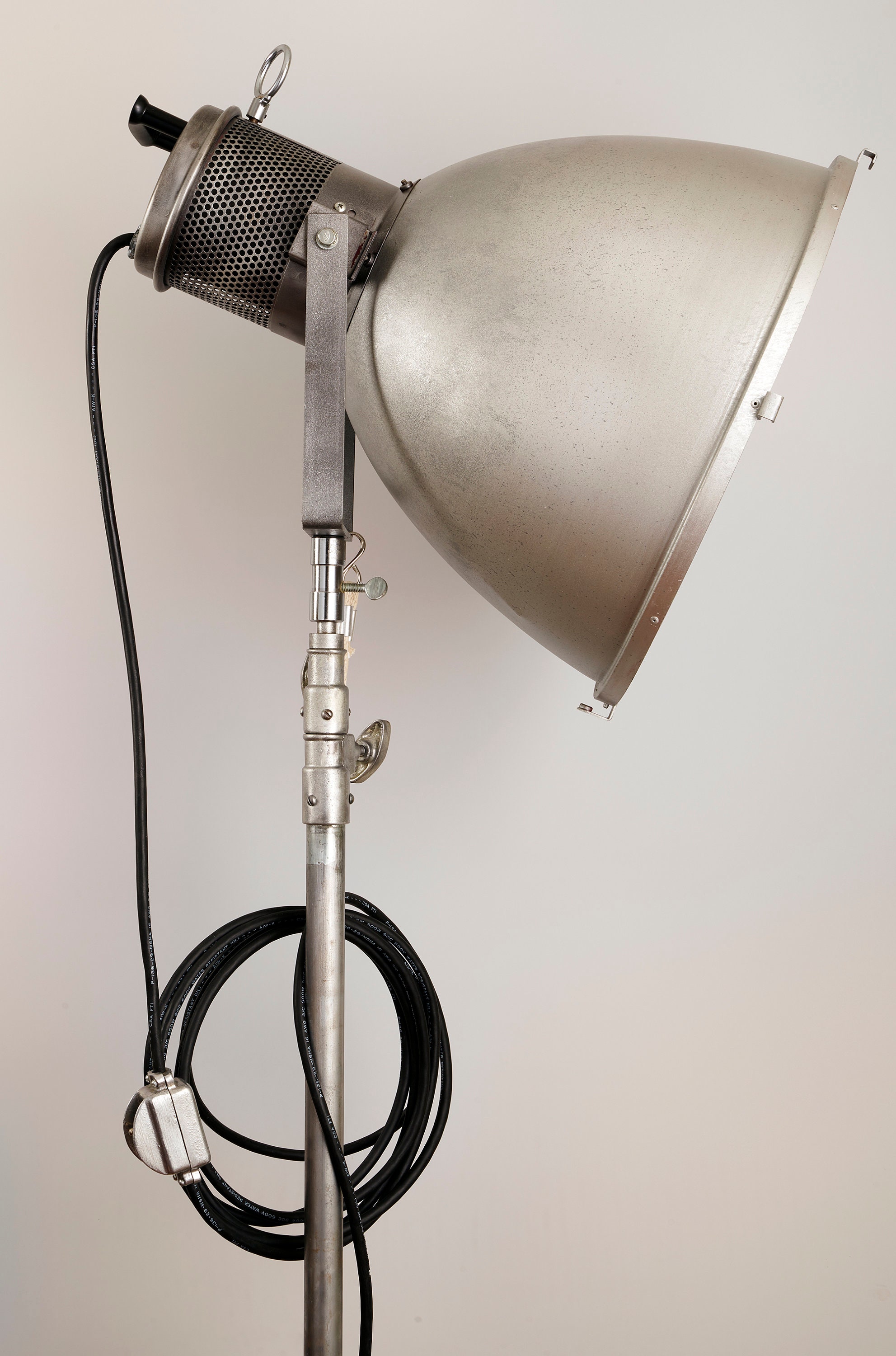 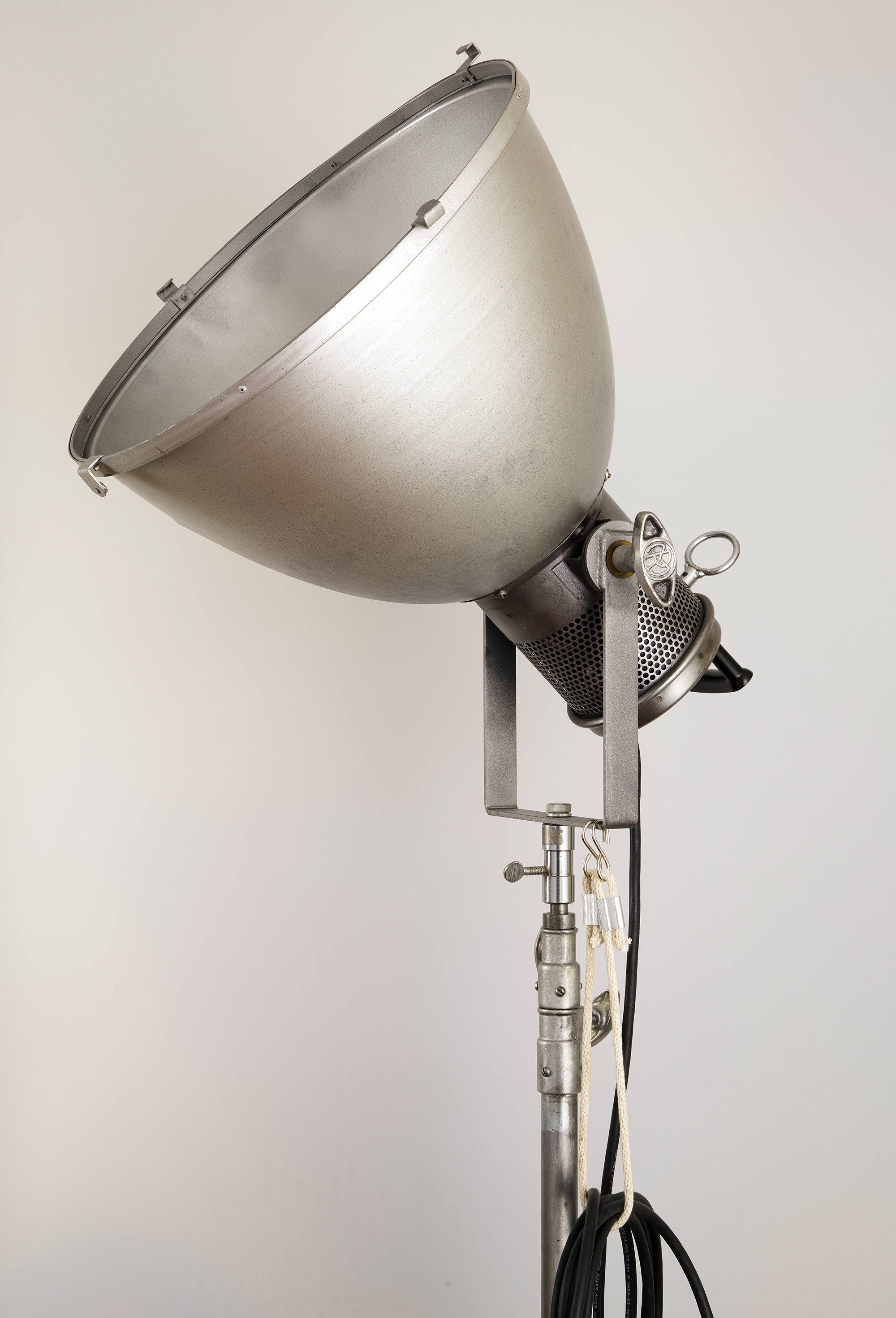 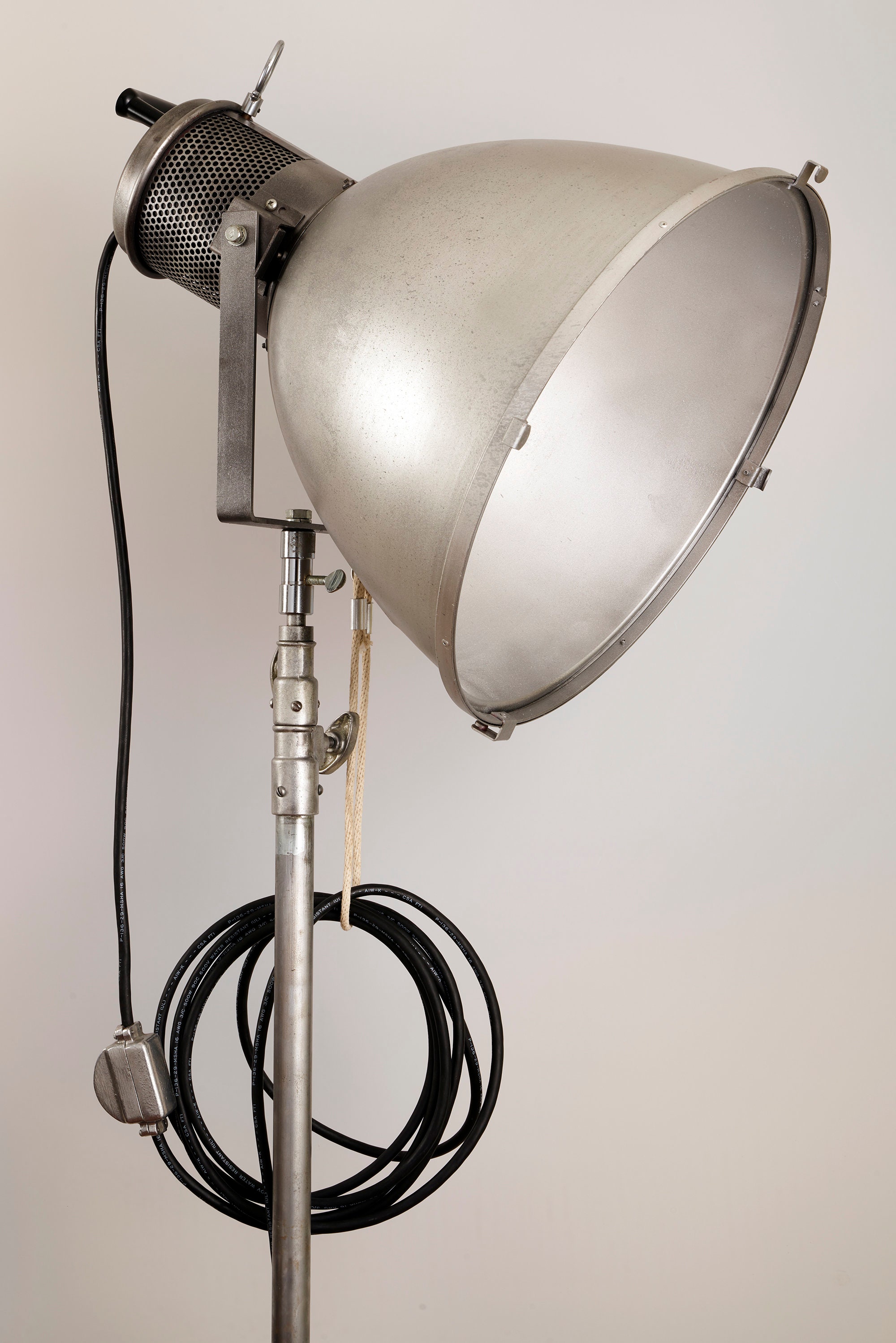 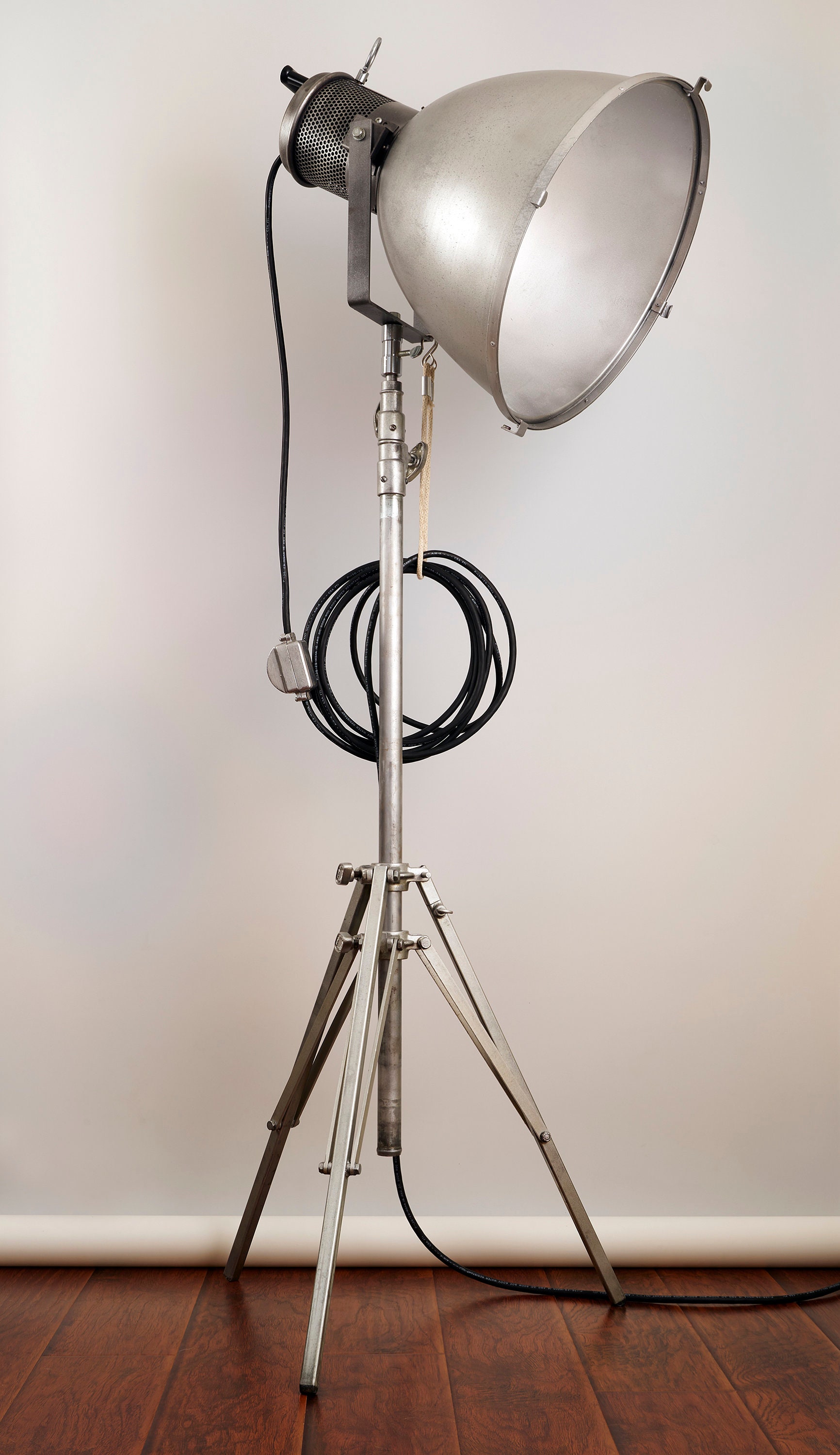 Mole-Richardson, also known as Mole, is a stage lighting instrument and motion picture lighting manufacturing company originally based in Hollywood, California. The company was started in 1927 by Sicilian immigrant Pietro "Peter" Mule (changed to Mole). Born November 10, 1891, in the Italian town of Termini Immerse, Palermo, Sicily, he first worked for General Electric (GE) in New York.
In 1927 he began selling incandescent tungsten lighting to the film industry, which allowed more natural lighting than the previous arc lights. The new lights were also silent, an advantage for the new sound films.
Mole-Richardson invented the Fresnel Solar Spot unit in 1935, adapting the fresnel lighthouse lens for use in motion pictures. It won the first of four technical Academy Awards the company has earned.

“American photographer John Scarpati has taken to scouring old Hollywood studio supply warehouses in search of restoration-worthy examples. made between the 1920’s and 1940’s, each light is a one-of-a-kind original, complete with a vintage stand or tripod.they exude the sort of patina that can’t be matched by cheaply mass-produced repros, yet ironically, the lights in his etsy shop actually cost less than the replicas available in upscale malls. ‘my personal favorite finish is a heavy, industrial, vibe,’ explains scarpati. ‘completely refurbished, but still keeping its vintage look intact. less of a polished finished and more real deal.’”
- Designboom